Artie Lange Is Very Close To Getting His Deformed Nose Fixed By Dr. Paul Nassif On ‘Botched’ 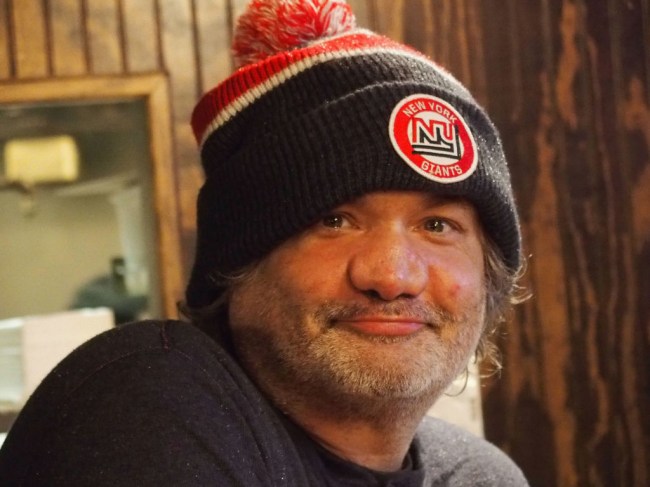 Artie Lange got out of jail and rehab two weeks ago and looks absolutely fantastic. The great stand-up comedian looks thinner and healthy, but unfortunately for Artie, his nose is still misshapen. But Artie Lange might get his deformed nose fixed by Dr. Paul Nassif on the reality TV show Botched.

Artie Lange’s deformed nose has become its own story in December of 2018. Lange said his nose became disfigured because of decades of drug abuse, a drug deal gone wrong, and because he snorted glass.

Me on stage in AC last night. It feels great to be back. You fans are so loyal. Sold out. You rule! The guys at AC Jokes were awesome. Check their clubs out! Peace! pic.twitter.com/8ZaucjdNui

Dr. Nassif warned that Artie should consider getting his deformed nose repaired soon because there are many health concerns with his malformed schnoz. The Botched doctor warned that Artie was more susceptible to sinus infections because of “intense nasal obstruction.” He also said Lange could suffer from bronchitis, irritation, and dry throat.

Dr. Paul Nassif said that a year of sobriety was the best time for surgery for someone dealing with drug addiction to avoid drug relapse. “When someone is strong, his nose will be healthier inside,” Nassif told TMZ.

“If you do fall back and you have a little problem with sobriety, and we do surgery, that will completely destroy his nose and make it even worse than it is now,” the Beverly Hills plastic surgeon to the stars said. “If you operate on someone and then who doesn’t follow sobriety, the problem is that it will hurt the tissue even more. You want to make sure that Artie, you continue to stay healthy. And we’re not going anywhere.”

In a recent episode of the Legion of Skanks podcast, Artie said that he has been sober for eight months, the most extended amount of time Lange hasn’t done drugs since he was 15-years-old.

So with continued sobriety, Artie Lange could be only a few months away from getting his deformed nose fixed. But a few weeks ago, Artie did say that he appreciates his deformed nose because it is a reminder of his heroin addiction and the “insane life” he led.

In May, Dr. Nassif first reached out to the former Howard Stern Show sidekick and offered to repair his nose, but only under one condition: he gets clean and sober.

Dr. Paul Nassif examined photos of Lange’s face and made a diagnosis of “saddle nose deformity.” “Like a boxer would get, when you have a lot of trauma to the septum, like from getting hit or drug abuse, especially cocaine could deteriorate the septum or collapse,” the celebrity doctor stated.

Great thing about the Cellar. It’s 2am on Thur & just got off stage. Place was sold out. NEw material working. Made gorgeous girl in front take my pic. But I’ve gotta face it – My nose is grotesque. I don’t look like David Beckham. I look like the ball he kicks around! pic.twitter.com/Sm7hRnguD3

“Artie I hope we can help you here at Botched, I would love to fix your nose,” Dr. Nassif told Lange via video. “And God-willing that you can get yourself clean and I know it is very hard because it is a disease. Drug addiction is a very difficult thing and I hope you have the support that you need. And when you’re ready we’re here for you.”