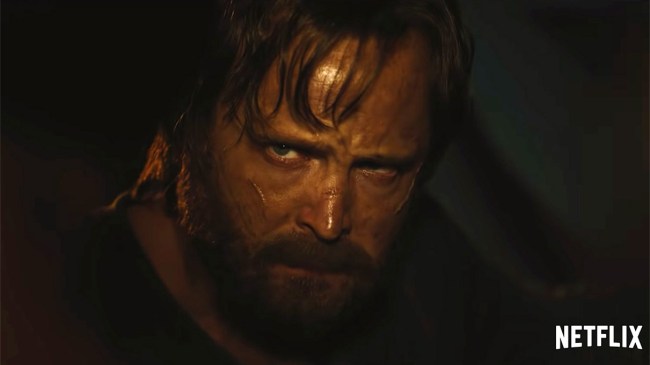 We’ve already broken down every single scene in the El Camino: A Breaking Bad Movie trailer, but what about the many fan theories that trailer and all the hints that have been dropped on social media and in interviews have spawned?

Ever since Stranger Things, Game of Thrones and Avengers: Endgame finished up their runs, fans have been starving for something to sink their teeth into when it comes to dissecting and making predictions for a movie or TV show. No more!

Check out some of the best fan theories we’ve seen so far with regard to El Camino: A Breaking Bad Movie and then see if any of them come true when it finally airs on Netflix on October 11th.

My El Camino theory is that a bunch of Breaking Bad characters have hallucinatory conversations with Jesse Pinkman as he feverishly tries to avoid the cops in his car, and that’s how they’ll bring back Bryan Cranston as Walt.

I keep watching that El Camino trailer, and I have a theory. Jesse is going to return to Jack's compound to take back Walter's money, which let's be honest is kind of his as well, whilst trying to evade the the authorities. You saw him burying something in the trailer.

Could also be a place where Walter returns in a flashback.

fan theory about the Breaking Bad movie i kinda hope is right.

Walter White isn't dead, and they're looking for Jesse Pinkman to testify against him as a witness.

i may binge the series cos i need a refresher.

If you think I went straight to the last scene in Breaking Bad to try and work out if the "nine bodies" included Walt, you are correct. https://t.co/xvn2DBLH8P

If anyone else noticed during the #ElCamino trailer during the #Emmys that the radio report did NOT mention Walter White, and if you went to quickly watch “Felina” to see if the body count really was nine, then we are best friends. #BreakingBad.

...in fact, I think that audio at the end of the EL CAMINO trailer is from Walter White saying "you ready" in Season 5, Episode 7, "Say My Name." pic.twitter.com/3V7WGZvNsx

here’s my theory behind the breaking bad movie:

jesse gets caught, as he’s in prison maybe eating lunch alone, a low raspy voice from behind says “jesse..”

he turns to find walter alive.

That would be cool. Then again…

these walt is alive theories are insane he got cancer again was dying and got shot by his own machine gun laid there and died as the police approached him. Breaking Bad is inspired by Scarface where the protagonist also dies in the end, this the conclusion Vince wanted.

Oh dang I just read a theory that Saul's flash-forward scenes in Better Call Saul are prior to his possible murder via Walter White, during the months before the end of Breaking Bad

Oh my. That would be a twist.

Related: More Than 10 (!) ‘Breaking Bad’ Characters Will Appear In ‘El Camino’: Here’s Who We Think They Are

Other fan theories that have been put forth regarding El Camino: A Breaking Bad Movie include…

“I think Jesse might have severe PTSD and will have gone partially insane cuz of all the pain Walt’s caused him and have like visions and stuff of him. At the end of the movie I think he might see no other way than suicide.” ~ Reddit

Gus Fring is affiliated with the CIA… 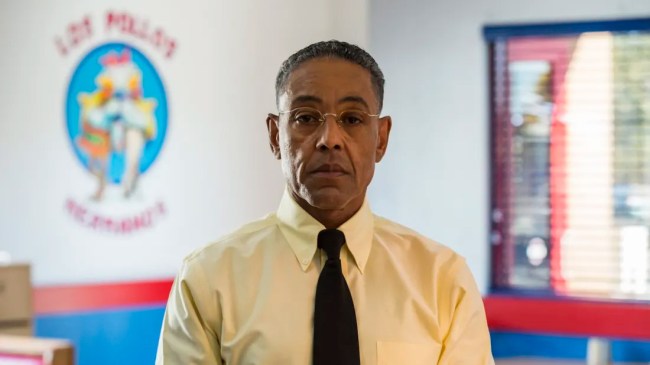 Don Eladio says he didn’t kill Fring because “I know you who are.” So what does that tell us? It tells us that Fring is someone that the head of a drug cartel refuses to kill. Well, there aren’t many people who are off limits to a cartel kingpin. They kill their rivals, they kill politicians, there has to be a really good reason that Eladio didn’t see fit to kill Fring, and it wasn’t because he thought Fring could make him money, because if that was what he wanted, he would have taken Fring’s offer. ~ Reddit

What if everything we saw in the series finale was only happening in Walter White’s head?

“…what we were watching [in the series finale] must be a dying fantasy on the part of Walter White, not something that was actually happening—at least not in the “real world” of the previous seasons.” ~ New Yorker

“I’d like to think Jesse got away. I like to think he kept driving. But we all know he has no money, he gave it all away, and we also know his fingerprints are all over everything where Walt was found dead. They’re gonna be searching high and low for Jesse, so I don’t know. I like to think he was building something in Alaska…but he could be locked away in a prison somewhere. But we don’t like to think about that version of the show.” 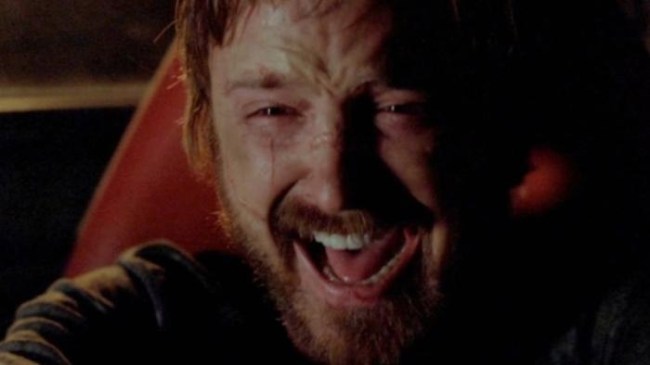 Here’s a 14-minute video dedicated to this all-important topic.

Also, are The Walking Dead and Breaking Bad in the same universe? Because it kind of seems that way.

Rd so boom those who watched walking dead and breaking bad y’all remember the way they killed gus and how this nigga walked out of the room ?? So there’s a theory going around that maybe walter’s meth started the zombie apocalypse 😭😭😭😭

“What if Breaking Bad is a prequel to Malcolm in the Middle, and Hal is actually Walter White’s new name under witness protection?” ~ Screen Rant