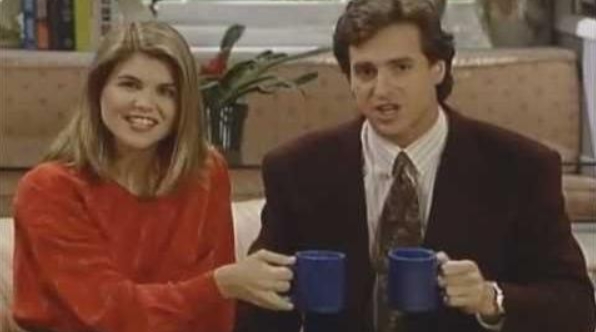 A week after Bob Saget, John Stamos, and Candace Cameron Bure showed support for Lori Loughlin in her alleged involvement in the nationwide college cheating scandal, Danny Tanner might be backtracking. Saget posted and then deleted a cryptic tweet that may have

Lori Loughlin and Felicity Huffman appeared in federal court on Wednesday for their reported roles in the college bribery scam that helped their daughters get into universities that they could not get into by their own academic or athletic abilities. Soon after, Loughlin’s Full House co-star tweeted out a cryptic tweet that many believe to be a shot at Aunt Becky.

“So many people are lying these days, maybe they should change the tests in school to ‘false or false,’” Saget wrote on Twitter. The tweet was quickly deleted. The chemistry on Wake Up, San Francisco may never recover from this.

This is quite a different opinion than what Danny Tanner said last week. “You love who you love in your life,” said. “I just love who I love. Candace said it really good at the Kids Choice Awards. Love who you love.”

Saget was referencing actress Candace Cameron Bure, who made a speech after Fuller House won a Kid’s Choice Award. “And where there’s a lot of heart, there’s a lot of love. And a loving family sticks together no matter what. They stick together through the hard times, they support each other, they encourage one another, they pray for each other and they stand by their side no matter how tough it gets. And a loving family that also sticks together also celebrates the really good times.”

RELATED: Danny Tanner (The Dad You Always Wished You Had) Is Getting Married Again!

Loughlin and her husband Mossimo Giannulli are facing prison time for bribing a USC crew coach to get her daughters Olivia Jade and Isabella into the University of Southern California after being arrested in March. While walking into federal court in Boston, Aunt Becky was mobbed by Full House fans and she even signed some autographs. Some people outside the courthouse held up signs mocking the Full House actress after her hearing.

Lori Loughlin's fans are so empathetic

Out of concern that Lori might go to prison for paying a bribe to get her kids into college, her fans held up sings proclaiming that they are willing to wait until Lori is released from prison, before they ask her to pay for their tuition. pic.twitter.com/F8L47KO1Xm