Would You Buy One Of These 10 Most Haunted Houses In The World? 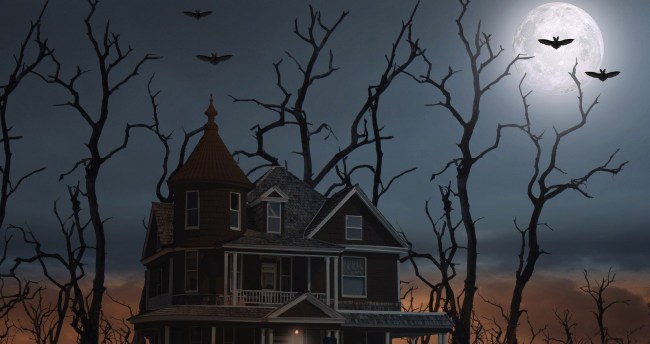 Tis the season for haunted houses, where people dress up and try to scare people who literally want to be scared. Fortunately, haunted houses that show up around Halloween aren’t actually real.

Houses that are actually haunted, on the other hand, are not places most of the general public want to visit, let alone live inside.

I say most of the general public, because according to a recent Realtor.com survey of 1,000 people, a surprising 30 percent of Americans say they’d be willing to live with a friendly ghost. Would you?

And would those same people, or you, be willing to live in one of these 10 most haunted houses in the world?

This list, compiled by TopTenRealEstateDeals.com, has everything from Buffalo Bill’s home from The Silence of the Lambs to a New York gilded-age mansion that was once one of the most beautiful homes in the United States, but now looks like something from a Freddy Krueger nightmare.

Have a look and then decide if you could live in one of these haunted places.

Carlton Manor in Thousand Islands, New York, built for William O. Wyckoff, the president of Remington Arms and Typewriter Company, currently sits abandoned and has for over 70 years, with good reason.

How about the Princess Anne home where Buffalo Bill lived in the movie The Silence of the Lambs located in in Perryopolis, Pennsylvania? It is now an Airbnb where the entire family can (try to) stay all night for just $595! 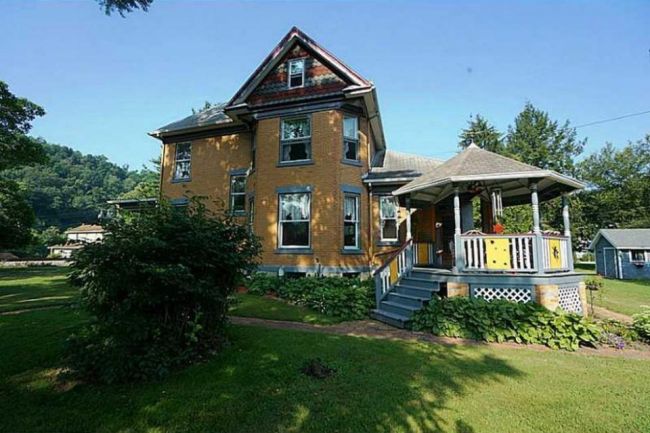 Or perhaps the 13,300-square-foot Magnolia Mansion where a ghostly maid who will tuck you in at night in one of the home’s 13 bedrooms? Just ignore the ghost child who walks the halls and a bearded ghost who spends his time downstairs. 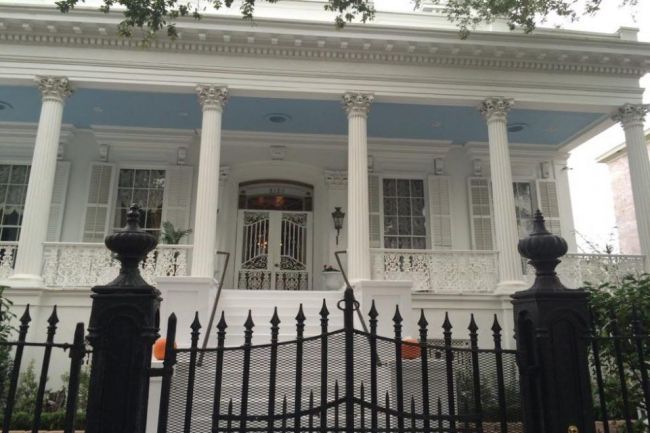 Prefer to be more spread out and live off the land? Then maybe this ghost town in Uptop, Colorado built by miners and called the “Railroad Above the Clouds” by the railroad company is more your taste. You can have the entire town, including the train depot, dance hall, saloon, and chapel, for just $1 million. 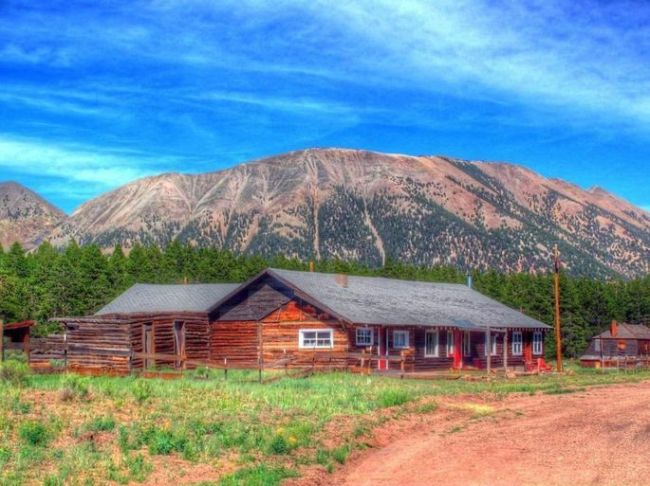 Like to party? The Gardette-LePretre mansion, AKA The Sultan’s House, built in the 1830s, was the scene of many wild parties – and one very grisly murder scene neighbors noticed while walking and seeing blood trickling out from under the front door. 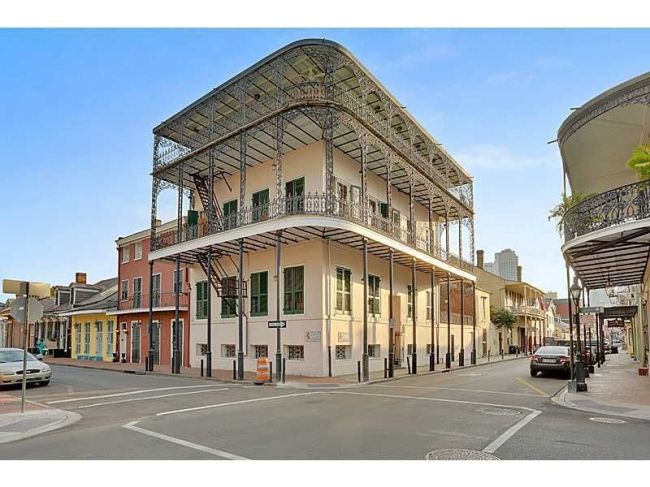 Maybe you’d prefer something a little more contemporary like the Black Dahlia house crafted by Lloyd Wright. Don’t mind the fact that it is where where Los Angeles Doctor George Hodel sliced Elizabeth Short in half at her waist and drained all the blood from her body.

Related: Vodka Brand Releases Bottles ‘Aged’ Inside The ‘The Conjuring’ House And More Of America’s Most Haunted Places 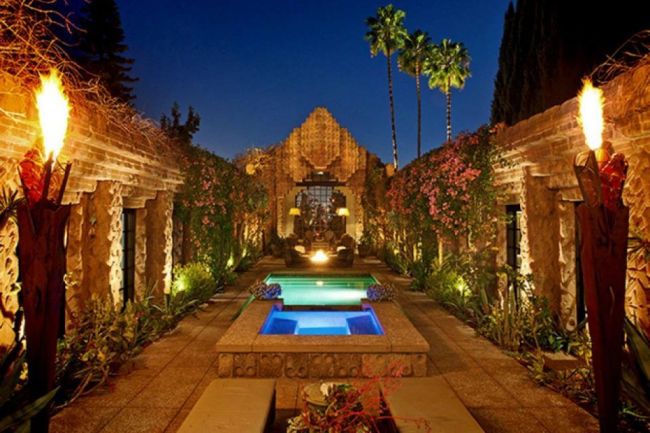 Ever heard of the Boulder People? They reportedly love this place in Arizona as they lived in this location over a thousand years ago. It comes with an ancient spiral petroglyph that some people believe is a signal to space aliens. 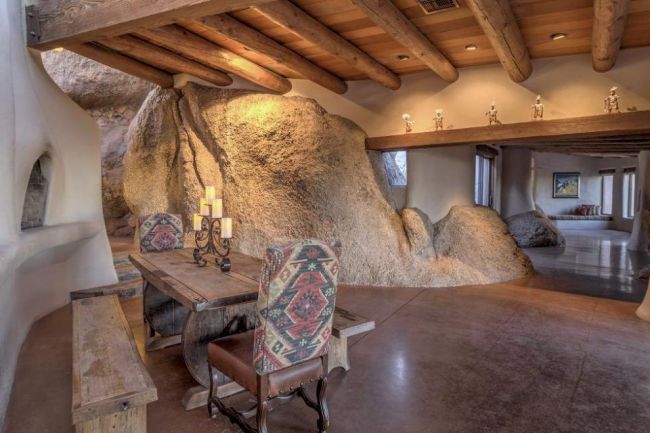 The Amityville Horror House where Ronald DeFeo got up in the middle of the night in 1974 and brutally murdered his parents and four siblings is always a possibility since whoever lives there doesn’t seem to stay for very long. 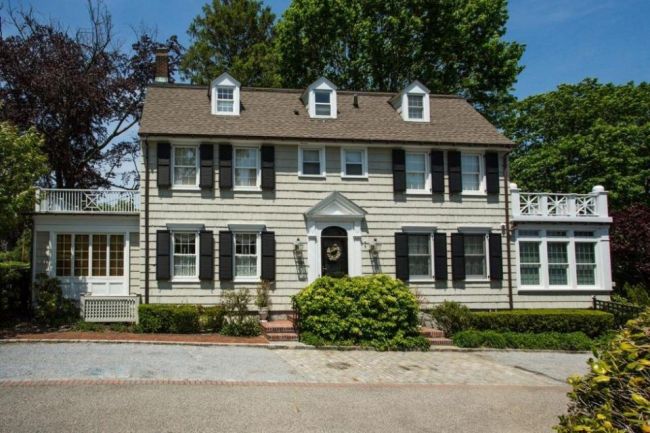 Then there’s musician Robbie Williams’ mansion, the Compton Bassett House in Wilshire, England, which seems to have one bedroom with a bit of a ghost problem. A problem so bad that Williams promptly moved his daughter out of her bedroom to another location after one experience.

And finally, we have the aforementioned most haunted mansion in all of Ireland, Loftus Hall, where the devil himself reportedly visited in the mid-1700s only to leave in a ball of flames. It even still has the actual door that the devil entered through in the 1700s!

Before you decide, here’s one more look at each of these most haunted places…

Get the full lowdown on each haunted property over at TopTenRealEstateDeals.com.