Newlywed On Honeymoon Fell 4 Stories Off Balcony After 10 Margaritas, Airlifted From Cruise Ship In Critical Condition 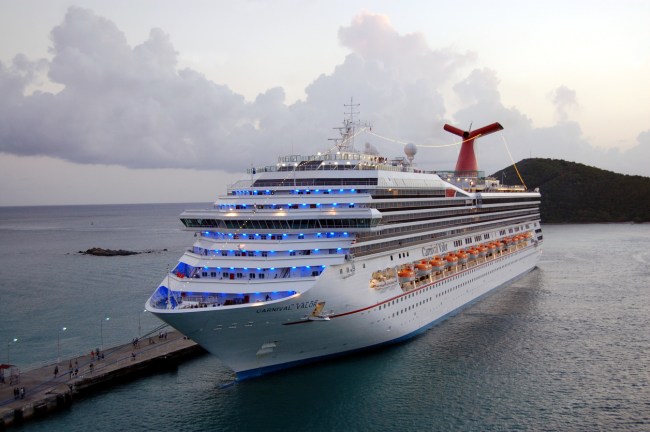 It was supposed to be a wonderful honeymoon for these newlyweds, but it turned to complete horror after the newly-married husband plummeted four stories while on a Carnival Cruise vacation.

John “JT” Holliday had just gotten married to his new wife Amberlee last weekend and they were celebrating their honeymoon on a cruise vacation. But on Tuesday, JT was in critical condition after suffering a brutal cruise accident.

The Hollidays were on the Carnival Valor, and their honeymoon cruise was taking the newlyweds from New Orleans to Mexico. The couple boarded the cruise ship on Monday afternoon in Lousiana, one day after their wedding.

The couple purchased the unlimited drink package, and JT took advantage of the offering, possibly a little too much. Amberlee estimates that her new husband consumed about 10 margaritas over the course of the first day of the cruise.

Around midnight, the couple were walking back to their stateroom because Amberlee was feeling seasick from the rough waters. Amberlee was in a hurry to lie down and was walking ahead of JT. However, when she got back to their room, John was not with her. She backtracked her steps to look for JT, who she said didn’t seem to be intoxicated.

She soon found John, four stories below where they had just walked. JT had somehow managed to fall from the 14th floor of the cruise ship to the 10th level, where the pool deck is. Two men heard John hit the deck and were trying to help the newlywed.

John, who is a 23-year-old police officer from Harvest, Alabama, suffered “multiple significant injuries.” Holliday’s cruise injuries were so severe that he had to be airlifted from the ship to a hospital in Lousiana.

At 1:15 AM on Tuesday, the ship was about 65 nautical miles from Venice, Louisiana, when the cruise accident happened. Holliday was medivacked in an MH-65 Dolphin helicopter and arrived at the University Medical Center in New Orleans at around 5:45 AM, according to the Coast Guard. JT was in critical condition when he arrived at the hospital and drifted in and out of consciousness after his fall.

JT was taken directly into surgery upon his arrival at the hospital to repair a spleen laceration. He was given a breathing tube because he was having trouble breathing due to lacerations on his face, facial fractures, and bruised lungs. A CT scan didn’t show signs of neurological damage according to the Daily Mail.

The Carnival Valor is a Carnival Cruise Line ship based out of New Orleans that usually travels to the Caribbean and Mexico. The Valor has a capacity of 2,974 passengers and 1,180 crew.

Amberlee isn’t sure how JT fell over the railing and onto the pool deck. John is expected to make a full recovery. On the plus side, the marriage can only go up from here.

You can read more news about cruises HERE.