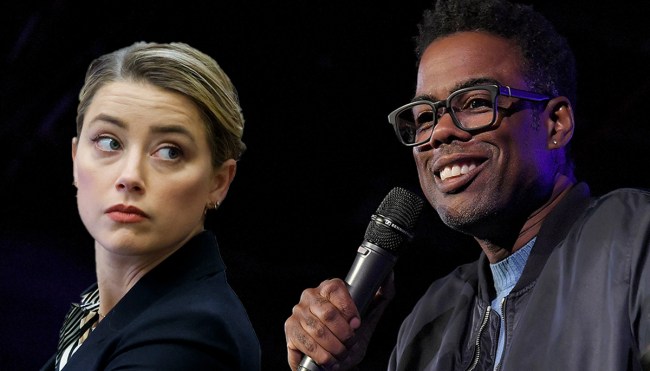 Based on the general public’s historically voracious appetite for juicy celebrity drama, it should come as no surprise that the trial concerning Johnny Depp’s defamation allegations against ex-wife Amber Heard immediately devolved into an absolute circus when it kicked off in a Virginia courtroom in April.

A major reason the case has managed to attract so much attention is due to some of the insane revelations we’ve been treated to over the first month of proceedings. In the past few weeks, both parties have aired out figurative dirty laundry concerning vitriolic text messages and multimillion-dollar pledges to charity that went unpaid as well as the literal dirty laundry an unfortunate housekeeper had to deal with after discovering a pile of poop on the actor’s side of the bed.

A number of other celebrities have shared their thoughts as the trial has unfolded; Howard Stern accused Depp of “overacting” during his testimony, but Joe Rogan seemed to buy into his claims and Bill Burr suggested the actor is owed a public apology after hearing what he had to say on the stand.

It appears Chris Rock has also decided to chime in on the matter, and based on LadBible‘s account of what he had to say during a recent show in London, it would appear the comedian is firmly #TeamDepp.

On Thursday night, Rock kicked off the British leg of his Ego Death tour at Royal Albert Hall, and Heard’s name apparently came up during the all-but-obligatory part of the set where he turned his attention to Cancel Culture.

Unless the American justice system has recently instituted some change that flew under my radar, I don’t believe that “innocent until proven guilty of pooping in someone’s bed” is based on any legal jurisprudence. With that said, based on the current schedule for the trial, an official verdict will likely be issued near the end of May.