The Dangers Of CWD, The Zombie Deer Disease That Could Spread To Humans – How Hunters Can Protect Themselves 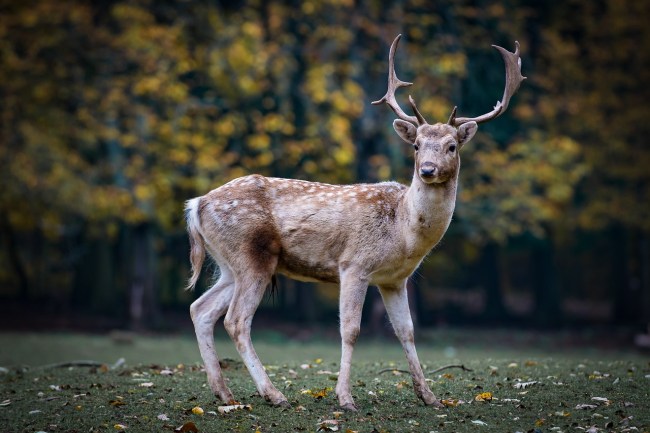 Chronic Wasting Disease (CWD) is a neurodegenerative disease that affects deer, elk, reindeer, sika deer, and moose. There is no cure, vaccines or treatments for CWD and it is fatal. It is the deer version of the Mad Cow disease or scrapie in sheep or the human equivalent is Creutzfiedlt Jakobs disease. All of these diseases are caused by prions, which are “infectious protein particle similar to a virus but lacking nucleic acid.”

Scientists are concerned about how quickly and how far zombie deer disease has spread. As of January 2019, there were 251 counties in 24 states with reported CWD in free-ranging cervids and two provinces in Canada. Chronic Wasting Disease can spread to plants through urine of infected deer.

Here's where Chronic Wasting Disease, popularly called Zombie Deer Disease, has been reported in the U.S. Prion diseases like CWD have made the jump from animals to humans before. @weatherchannel https://t.co/jd23vTDSQ9 pic.twitter.com/iUf6xgRdph

The misfolded proteins that cause these fatal neurodegenerative diseases causes animals to lose fear of humans, lethargic, profuse drooling, drastic weight loss, loss of balance, wandering aimlessly, eating feces and urine. However, these symptoms of CWD can take a year to two years to show. So these deer can spread the zombie deer disease without anyone knowing.

RELATED: This Devilishly Wicked Tick Is Spreading And Its Bite Can Turn You Into A Vegan

The Centers for Disease Control fears that it may be possible that the disease could spread to humans who eat infected animals. The CDC warns hunters that consumption or contact of an animal with CWD could be potentially dangerous.

“Hunters harvesting wild deer and elk from areas with reported CWD should check state wildlife and public health guidance to see whether testing of animals is recommended or required in a given state or region,” the CDC warns. “In areas where CWD is known to be present, CDC recommends that hunters strongly consider having those animals tested before eating the meat.”

The CDC recommends these steps to minimize possible exposure to zombie deer disease:

For those of you rooting for the zombie apocalypse, don’t get too excited because CWD was originally discovered in the late 1960s and has yet to infect a single human, but scientists are not positive that humans are safe from the disease. It was also believed that Mad Cow Disease could not be transferred to humans at first, but that turned out to be incorrect and there have been many human deaths since the disease was prevalent in 2012.

Studies suggest Chronic Wasting Disease poses a risk to some types of non-human primates that eat meat from CWD-infected animals or come in contact with brain or body fluids from infected deer or elk. Since 1997, the World Health Organization (WHO) has recommended that humans do not eat any animals which could have prion diseases.

Ted Nugget, who is a hunter but not a scientist, downplayed the dangers of CWD while appearing on the Joe Rogan Experience.

Wildlife biologist Bryan Richards from Wisconsin is worried about Chronic Wasting Disease and told Joe Rogan that “CWD could become a human health issue at some point down the road.” Richards noted that the CWD started in isolated areas of southeastern Wyoming, eastern Colorado, and in Nebraska. But now CWD has spread to 24 states, two provinces in Canada, even reindeer in Norway, moose in Sweeden, and elk in South Korea.