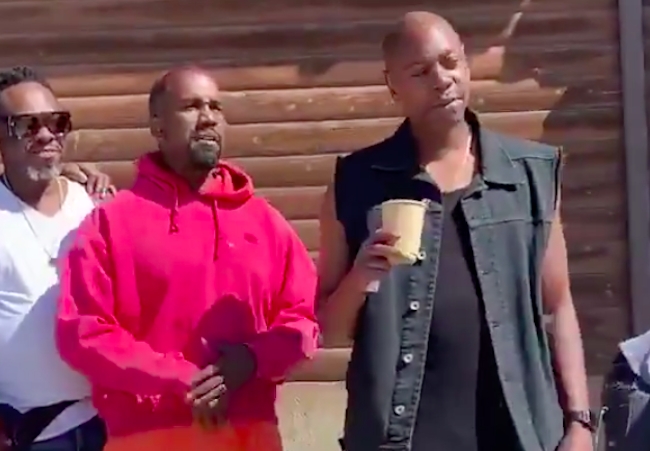 Kanye West has never been shy about discussing his personal struggles with his mental health (or shy about sharing his thoughts on basically anything). Since being diagnosed with bipolar disorder in 2016, he’s received treatment and gone through various highs and lows that he’s been fairly candid about.

You might be shocked to hear this, but there are more than a few people on the internet who aren’t particularly sympathetic to his plight. Given his historically boisterous personality, there’s no real way to know if some of his particular outrageous thoughts and outbursts can be attributed to “Kanye Being Kanye” or a less-than-stable mental state, which hasn’t stopped plenty of online denizens from declaring open season on anything he says so they can make memes for their amusement.

Kanye has had a very interesting couple of weeks since he announced he was running for president earlier this month, as recently he made some questionable claims about Harriet Tubman in South Carolina a day before it was announced he’d failed to make the ballot in the state.

All signs point to him being in the midst of a pretty serious episode (including the tweetstorm he unleashed on Monday). It seems like he could probably use some support and I can’t think of many people more suited to offer some guidance than Dave Chappelle.

The two men go back a long way—Kanye teamed up with Common for a fairly iconic performance of “The Food” on an episode of Chappelle’s Show in 2004—and the comedian hopped on a plane on Tuesday to visit his friend at his ranch in Wyoming.

THANK YOU DAVE FOR HOPPING ON A JET TO COME SEE ME DOING WELL DAVE YOU ARE A GOD SEND AND A TRUE FRIEND ALL LOVE 🕊 pic.twitter.com/ddLA0E9eLK

Still on his first cup of coffee, Chappelle wasn’t prepared to make people laugh when he was abruptly put on the spot, but he still managed to inject some levity into the current situation.

Chappelle may not be a medical professional but he knows a thing or two about the perils that accompany fame and fortune, including the pressure that comes with being thrust into the spotlight and finding yourself suddenly surrounded by people who couldn’t have cared less about you when you didn’t have tens of millions of dollars.

Here’s what he had to say about that topic during an interview with Time back in 2005:

“During my ascent, I’ve seen other people go through that wall to become really big. They always said that fame didn’t change them but that it changes the people around them. You always hear that but you never really understand it.

But now that I’m there that makes a lot of sense and I’m learning what that means. You have to have people around you that you can trust and aren’t just out for a meal ticket.”

A year later, he indirectly talked about how society views mental health when he criticized how quick many people are to slap the “crazy” label on others whose motivations they can’t comprehend, saying

“The worst thing to call somebody is crazy. It’s dismissive. ‘I don’t understand this person. So they’re crazy.’ That’s bullshit. These people are not crazy. They strong people. Maybe their environment is a little sick.”

Kanye’s mental illness is obviously a driving force right now but it doesn’t seem like his personal environment is in the best shape either. Despite the gossip, no one really knows what the state of his marriage is and it’s doubtful he’s immune to our currently insane reality. Chappelle built a career on making people look at things from a different perspective and seems like the kind of dude who will happily lend an ear to a friend (and ripping cigs the entire time).

It might not solve everything, but it’s hard to think it’ll hurt.