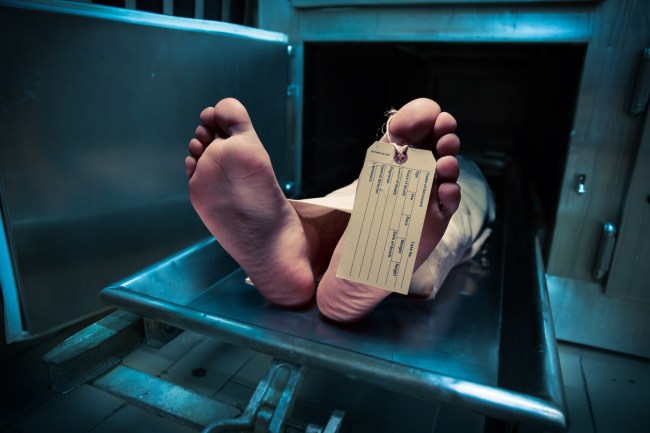 Death is going to ruin all of our lives eventually.

It’s like one minute you’re happy, buzzed and enjoying the fact that the sun is finally shining again – you can almost smell the summer season on the verge of opening up – when all of a sudden the chest tightens and then BOOM! the lights go out.

Now, depending on which side of religious herky-jerky a person chooses to embrace, this is the point where the soul allegedly leaves the body for a permanent vacation to the afterlife.

From what little we know about the subject, if a person didn’t drink too much or bury small children in crawl spaces, the soul gets to float up to a place where, as best we can tell, boring-as-fuck people dressed in white sit around for all eternity and regret not having more fun while they had a chance.

Or maybe if a person lived the way they should – smoking, drinking and screwing everything in sight – they are sent plummeting to the center of the Earth where it is summer all year long and evil is always in fashion.

Welcome to Hell – if you lived here, you’d be home now.

There is also a good goddamned chance that we’ll still be fully conscious in death and get to listen in as some piece of shit coroner mocks our beer guts and bald heads before tossing us in the back of a truck. That’s just the thing – we really have no fucking idea what’s going to happen once that dastardly bastard known as the Grim Reaper sneaks up and starts grudge humping the life out of us.

What we do know, however, is at the time when death decides to start ripping our back hairs out with its teeth something must be done with our corpses to prevent our families and friends from experiencing the foul transformation we are destined to endure shortly after taking our last breath.

Dead bodies bloat, fart, shit themselves, give off the most offensive odors known to man, and they can even explode.

This is the reason it is imperative to deal with the dead in a timely fashion. But filing away the deceased in the appropriate manner is a rather expensive pain in the ass.

Yeah, yeah, we understand that most responsible people (not us) prepare for all of this death and dying business. They take out high-dollar life insurance policies so that their relatives are not reduced to prostitution just to put them in the ground.

It’s a smart move considering that the average funeral these days runs somewhere in the neighborhood of $8,000.

So, without any kind of pre-death planning on your end, rest assured someone in your family is going to end up jerking off a trucker or two.

“Pardon me, sir, but I’m out here today giving handies to raise enough money to bury my daddy.” 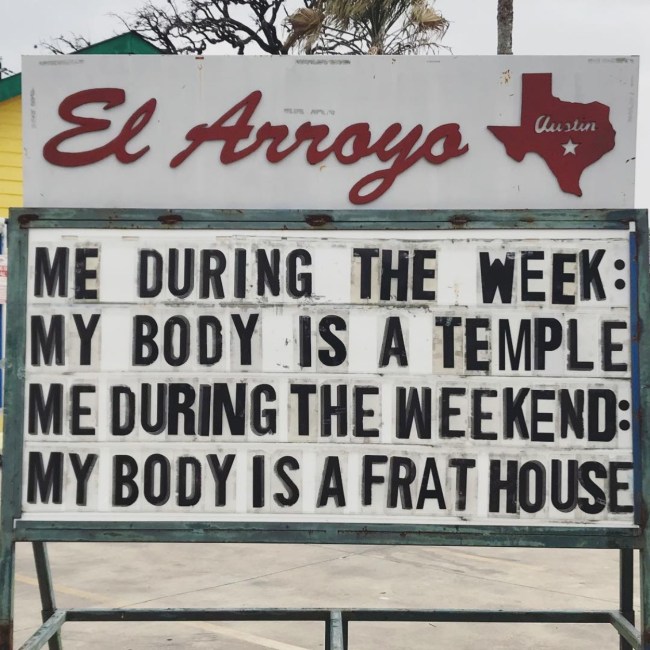 It’s a cold hard fact, though, that most of us poor schlubs are not even close to forward-thinking enough to plan for our demise. Fuck no!

It is hard enough out here trying to afford the basic necessities of life without also socking away enough money for when the old ticker gives out and leaves us face down at a Buffalo Wild Wings.

So what to do?

Well, you could always donate your corpse to science and there are two very good reasons – saving your family funeral costs and helping out in the name of science.

Sure, it might be a bit unnerving, at first, to consider the idea of allowing your body to be poked, prodded and cut after you die, but it really is one of the best methods to absolve your family of any funeral obligations.

In fact, one of the primary reasons people donate their bodies to science, according to Corinne Bell, executive director and chief operations officer at Anatomy Gifts Registry, is to prevent their loved ones from having to cough up the cash to pay for a burial or cremation.

Others donate in hopes that their body will better serve humanity in a way that just can’t be done with worms feasting on their brains.

Cadavers are shipped to medical schools to help students study anatomy and they also go to research facilities where scientists are trying to cure all of the dreaded diseases that put the corpses there in the first place.

But not many people entertain this option.

Out of the approximate 2.6 million deaths that occur every year in the United States, only around 20,000 people donate their bodies to science.

Honestly, it seems like a decent work if you can get it. But the thing is, these body donation organizations do not just take anybody. Unfortunately, death alone is not the only qualifying factor. Donors must also be free of contagious diseases – they don’t want to see any of that zombie deer nonsense or bat flu — and they must not have succumbed to any kind of trauma.

Believe it or not, being in shape is also a prerequisite.

Science apparently has no use for fat fucks.

There are perks, as well.

By donating your body, you don’t have to concern yourself with all the horrific unknowns surrounding the funeral process, like “Will the mortician finger my asshole at some point before putting me in the box?” or “What if I’m not actually dead and just in a coma and I wake up in the ground screaming, but nobody hears me and I die again from suffocation and the emotional pain of, well, being fingered by the mortician?”

Rest easy, never fear, none of those things will happen. Well, at least not the buried alive thing. There’s no accounting for the safety of dead holes.

But all in all, life as a research corpse doesn’t sound like it would be half bad.

You get to move to a nice campus and room with a bunch of other dead bodies, and living, breathing people give you plenty of attention on a daily basis.

Hell, if you’re lucky, maybe you can even count on a couple of college cuties getting drunk on occasion and sneaking into the lab to play with you balls. Hey, a corpse can dream, can’t he?

But the most likely scenario is that your dead body will lay naked in a cold room while med students crack jokes about the size of your pecker before cutting open your skull and rib cage with an electric saw. The fucked up thing is you won’t even be able to defend yourself in this situation.

There will be no explaining that the only reason you’re experiencing a little shrinkage is that you now live in a freezer and there seems to be a substantial lack of blood flow ever since you fucking died!

Yet, then again, depending on the kind of life you had back when you were still part of the mortal world, the constant humiliation and having your guts ripped out by strangers might not be much of a departure.

It beats getting fingered by a mortician!

To learn more about donating your body to science, click here.