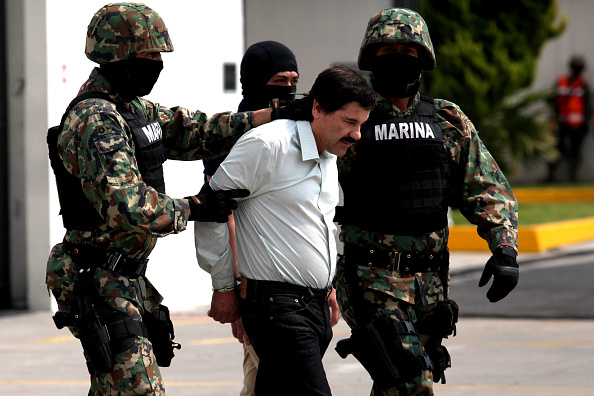 El Chapo just wanted a fast and secure internet connection for his drug empire. But his I.T. guy was flipped and provided the FBI with valuable inside information about the Sinaloa Cartel that helped bring down Joaquín Guzmán according to incredible testimony at El Chapo’s trial. El Chapo should have hired Best Buy’s Geek Squad.

In the late 2000s, El Chapo hired a systems engineer to design an encrypted communications network for the Sinaloa Cartel. The system would allow Guzman to talk on the phone without letting law enforcement eavesdrop on his highly confidential conversations about his vast drug business. The system worked great until the FBI flipped the engineer and allowed them to listen in and record every incriminating conversation of El Chapo.

In Tuesday’s court testimony in the trial of Joaquín “El Chapo” Guzmán, FBI special agent Stephen Marston explained in federal court in Brooklyn how they infiltrated the Sinaloa Cartel’s encrypted phone network. According to Marston, the FBI began investigating El Chapo’s tech guru in 2009. Cristián Rodriguez was a tech expert who was used by Jorge Cifuentes, a Colombian cocaine kingpin. As one does when they find a great service, Cifuentes recommended Rodriguez to fellow druglord Joaquin Guzman. Rodriguez was sent to the Sinaloa mountains in Mexico to create a secure wireless internet network for El Chapo.

Cristian is now 32, which means he was just 21 or 22 when he began working for Chapo in 2008. He studied systems engineering for 3 semesters in college, then dropped out to start a cyber security business. He looked like a young professional today, clean shaven w/ blue suit.

Rodriguez designed a secure network using Voice Over Internet Protocol, or VoIP, similar to Skype or Google Voice, which it requires access to the internet. The network was said to be impenetrable. U.S. federal agents couldn’t access the system even when they gained access to devices used by Sinaloa Cartel members because Rodriguez enabled special encryption on the phones, which required special keys to unlock. Cartel members used a three-digit extension to contact other members. All of the calls were outgoing and anything outside the network could not tap into it.

The FBI couldn’t break the encryption so they devised another ploy. “We realized that without insider access to the system, we were not going to get inside,” Marston said. The FBI posed as Russian mafia members who wanted Rodriguez to set up a network for them. On February 3, 2010, the FBI lured the I.T. guy to a hotel in Manhattan in a fake meeting.

In early 2011, the federal agents flipped Rodriguez and he agreed to “proactively cooperate” with the FBI. The engineer relocated three of the Sinaloa Cartel’s servers from Canada to the Netherlands. The FBI got Dutch authorities to assist them in the access of the cartel’s encrypted network. Soon the FBI could listen to Guzmán’s private conversations.

At El Chapo’s trial at least a dozen phone calls were played, including one conversation from April 9, 2011, between El Chapo and hitman Orso Iván Gastélum Cruz (aka Cholo Iván) was played for jurors. In the intercepted phone call, Cruz explains how the cartel is having issues with the police in Sinaloa. Cholo boasted to El Chapo about how he has been beating up local cops and “kicking their ass,” but Guzman warns that he doesn’t need to assault the police.

“Take it easy with the police, don’t be so harsh, f*cking Cholo. Take it easy with the police,” Chapo tells the hitman. “Talk to them, you know they are policemen. It’s better not to smack them around.” Cholo replied, “Well, you taught us to be a wolf, acting like a wolf. I’m remembering and that is how I like to do it.” El Chapo warns Cholo to not “execute innocent people” while there was a war with a rival gang.

Here's a transcript from one of the phone calls we heard yesterday in which Chapo warns his enforcer Cholo Iván "don't shoot whoever sells cocaine."https://t.co/znz31DgguE pic.twitter.com/bleHJ24n3q

The FBI were able to gain unprecedented access to the inner-workings and day-to-day operations of the Sinaloa Cartel. The FBI has recordings of over 800 phone calls made by the cartel members and 200 by El Chapo himself. In one wiretapped call, Guzman sells a client to accept a shipment of meth instead of cocaine. In another phone call, El Chapo asks his employee named “Gato” if a police commander is “receiving the monthly payment?” Then he handed the phone to a corrupt police commander so that he can personally request a “special favor.”

Cifuentes, who is the patriarch of a prolific Colombian drug family, cooperated with US authorities and testified against El Chapo in cour. Prosecutors played several calls between him and El Chapo during the trial. One particular dialogue between the two drug kingpins was the negotiation of purchasing eight tons of cocaine from FARC guerrillas in Colombia.

Chapo's lawyers want ask an upcoming witness, believed to be Alex Cifuentes, about bribes his brother Pacho paid to a suspected DEA agent in Colombia. Alex also had reason to believe Pacho was working with the CIA.https://t.co/a2seF9KrrY pic.twitter.com/d7uhjyk8Qi

Marston said El Chapo’s voice has a “kind of a sing-songy nature” and “nasally undertone.” The phone calls provided FBI agents with extensive samples of Joaquín Guzmán’s voice, as did the interview El Chapo did with actor Sean Penn for Rolling Stone magazine. Rodriguez is expected to testify against Chapo, possibly as soon as Wednesday.

The 61-year-old Guzman was extradited to the United States in 2017 after escaping from a Mexican prison twice. The cartel leader has been on trial since November where he and his team of lawyers have pleaded not guilty to a 17-count indictment that includes drug trafficking, money laundering, conspiracy, and weapons charges. He is charged in six federal jurisdictions, including New York, Chicago, and Miami. The alleged crimes, including smuggling more than 155 tons of cocaine, spanned a 25-year time period and Guzman faces up to life in prison. A new, previously unreleased photo of Joaquín “El Chapo” Guzmán was presented in court on Tuesday. 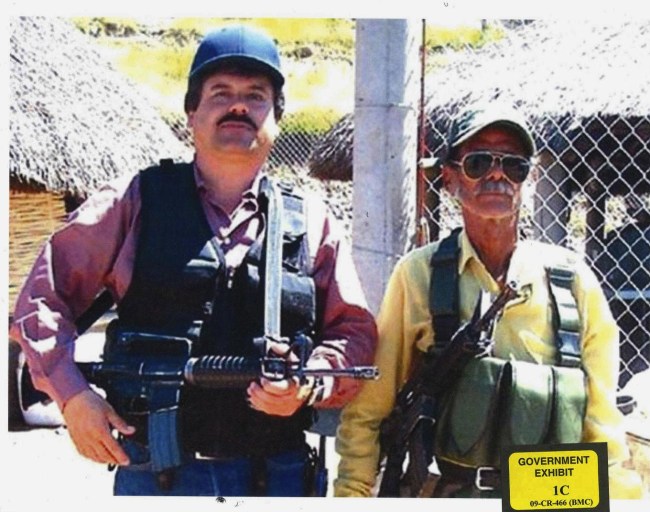 RELATED: El Chapo Allegedly Had Rival Cartel Leader’s Brother And His Wife Killed Over A Handshake