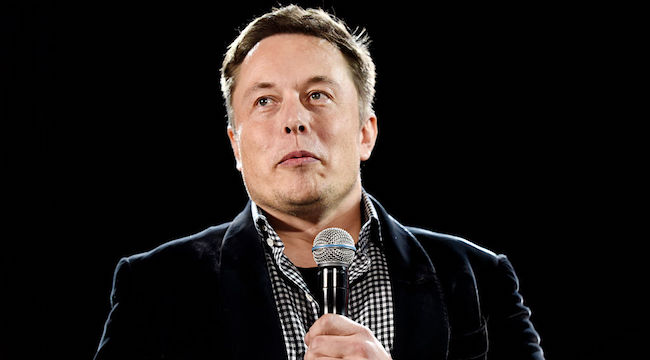 Depending on who you ask, Elon Musk is either the real-world version of Tony Stark or Lex Luthor. The CEO has founded a number of companies— including one that raised funds by selling flamethrowers— that seem poised to revolutionize how human travel, promising a new era of transportation where we can finally watch old episodes of the beloved Josh Duhamel vehicle Las Vegas while driving somewhere and find out what happens when someone gets too drunk on space beer and vomits on Mars.

Over the years, I’ve theorized that the only reason Musk is interested in colonizing various orbs in the solar system is so he can fly to one of them using one of his fancy rockets in the event the AI uprising he’s predicted finally happens. If I was a movie producer, his journey would end with him being met by the robot he fought with on Twitter that ultimately led the enslavement of the colonists on Mars. If that’s not a production waiting to happen, I don’t know what is.

Anyway, it turns out my theory might not be that farfetched at all.

According to Space.com, Musk recently talked about his motivations for space colonization, and while he doesn’t think there will ever be a world war to rival the previous two, he says bases would make a great backup plan in the event of an apocalyptic scenario:

“Then we want to make sure that there’s enough of a seed of human civilization somewhere else to bring civilization back and perhaps shorten the length of the dark ages,” he said. “I think a moon base and a Mars base that could perhaps help regenerate life back here on Earth would be really important, and to get that done before a possible World War III.”

In the meantime, I’m sure he’ll be perfectly satisfied with the bunker he’s built for himself deep in a mountain in Wyoming.