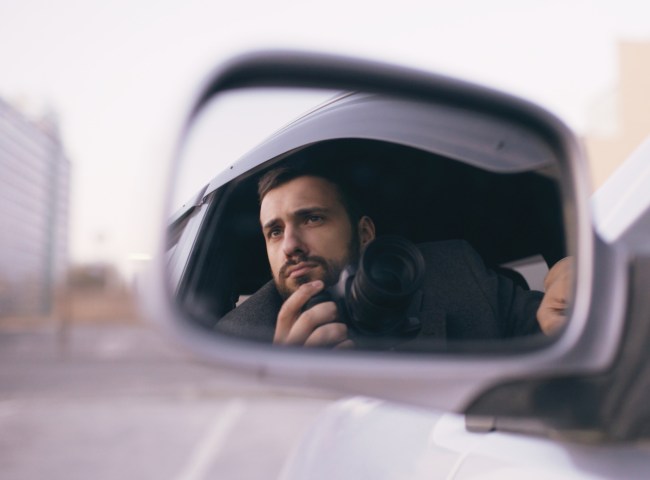 The United States government has spent years acting like a bunch of elitists pricks when it comes to the kinds of people that can join its law enforcement organizations.

If someone did acid back in college, forget about it.

No college degree, get the fuck out here!

All of Uncle Sam’s police agencies have been mostly of the opinion that only the best-of-the-best should ever be permitted to jump into the field to bring down the legions of bad guys who dare threaten the American way of life.

The Man, as it were, has had absolutely no trouble maintaining this stick-in-the-ass philosophy because finding candidates to serve as the narcs of the nation has been relatively easy to do.

It is the dream of nearly every donut-eating cop that has ever busted a teenager for weed to eventually make his way to the mean streets of Washington D.C. to play cops and robbers with the big dogs.

This is where they can use all of that knowledge they’ve acquired arresting people for drunk driving to take on drug cartels and serial killers. And those fat bastards are spreading their douche genes to children who, for whatever fucking reason, want to follow in their flabby footsteps.

Everyone remembers that one weirdo from high school — the kid with the flattop haircut who spent his lunch period fawning over a Kung-Fu Magazine — whose only aspiration in life was to become police officer just like his father… and his father’s father.

Yet, perhaps after watching too many episodes of the X-Files, this law enforcement hopeful got a glass cutting erection for the extraterrestrial and decided to shoot for a spot with the bureau. After all, the truth is out there.

There is just something about the prospect of wearing a blue windbreaker branded with F-B-I in bright yellow letters that puts some assholes a power trip.

Or at least it used to.

It turns out that very few people have any interest these days of becoming a Special Agent with the FBI.

Although the agency used to receive in upwards of 70,000 applications every year from wanna-be federal enforcers, that number has dropped off significantly over the past decade. The FBI now only sees somewhere between 11,000-to-13,000 applications annually – hardly enough to track down the next Agent Mulder and Scully.

It is for this reason that the agency is being forced to do something that it has never had to do in all of its years in operation – launch an aggressive recruitment campaign in hopes of attracting more candidates.

The FBI is now willing to look at candidates that it would never have before. So, wipe those Cheetos crumbs off your lap and put down the bong, the next Special Agent could be you.

“Our recruiters never had to actively encourage special agent applicants to apply before,” Peter Sursi, the head cheese with recruitment and hiring at the Federal Bureau of Investigation, said in an interview with the Wall Street Journal. “But the labor market is tight for most employers these days, with more jobs than qualified workers. We have to adjust our strategies to be a competitive option.”

In short, the FBI has been forced to overhaul its recruitment process.

Although the agency would still like to attract the best of the best, it is now settling for the best of the average. Not quite the bottom of the barrel, but close. Candidates no longer need as much work experience as they did in the past, nor is it necessary for them to pass any of the physical fitness requirements right out of the gate.

The Bureau will give them some time to get into shape.

So if those beer drinking days have caused you to pack on a few more pounds than you’d like to admit and if you nearly stroked-out the last time you ran up and down the basketball court, there might still be a place for you at the FBI. This is especially true for people who have experience in science and technology, forensics, and foreign languages.

And no, Klingon doesn’t count, you fucking geeks!

The agency has also made it a point to contact local and state law enforcement agencies in hopes of scrounging up recruits. This is good news for those donut-eating cops who never stood a chance in hell under the agency’s previous standards.

The one thing the FBI has not done to increase the recruitment pool is relax its drug policy. A vast majority of the candidates the agency interviews every year get turned away because they have a casual history with drugs like marijuana and Adderall.

In this day and age, it can be challenging to find people who have not at least experimented with these substances. Still, the agency remains adamant that future Special Agents should not come from a past where speed and weed was a way of life.

But pot use is not an immediate disqualifier in the FBI.

The agency did loosen its policy on pot to some degree back in 2007 – eliminating the rule disqualifying any person who has smoked weed 15 times or more – but a candidate still needs to be pot free for at least three years before moving on to the next phase of the application process.

It is actually easier for people with a history of marijuana user to get a job protecting the President of the United States than it is to work in the FBI.

The Secret Service changed its pot policy a couple of years ago. It now allows candidates 24-years and younger that have smoked weed within the past 12 months to move on.

Older applicants, at least those 28 and older, still need to be clean for five years or more.

It’s not just the FBI that is having trouble finding recruits.

All across the country, applications for law enforcement officers are down. This is true even in cities that are providing rookies with above-average salaries and benefits packages.

But money does not appear to be the issue preventing people from putting on a blue uniform. The decrease is mostly attributed to the bad reputation that police officers have acquired over the past few years.

Now that social media seems to have a new viral video up every week of a cop beating or choking a citizen out for little to no reason, most people would rather enter another line of work than be associated with police.

Even cops on the force today are looking for a trapdoor out of the looming threat of negative press and prosecution. Somewhere around 29 percent of those who sign up leave within the first year, according to the latest PERF survey.

Basically, nobody wants to protect and serve anymore.

As far as the FBI, the agency says it needs about 16,000 applicants to fill the 900 positions that come available each year.

If you’d like to be considered for one of these jobs, you can click here to get started.