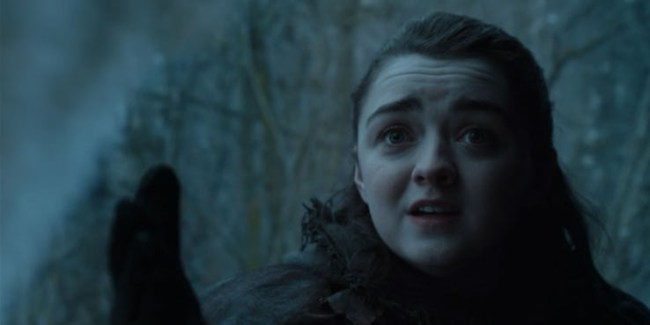 The Night King and his Army of the Dead are hellbent on invading south of The Wall and killing anything and everything that stands in their way. With the Night King, the White Walkers, a zombie ice dragon, and the ability to raise the thousands of dead that are buried under the ground, they seem invisible. So how on Westeros can Jon Snow, Daenerys Targaryen, and the Lannisters even attempt to defeat the massive Army of the Dead? A Game of Thrones fan theory suggests that certain four-legged friends could be the vital reinforcements that the living so desperately need to defeat the dead.

Last September, Game of Thrones visual-effects supervisor Joe Bauer made the stupendous news that Ghost will make his triumphant return in Season 8 and it won’t be for an insignificant cameo. “Oh, you’ll see him again. He has a fair amount of screen time in Season 8,” Bauer told the Huffington Post. “He does show up. . . . He’s very present and does some pretty cool things.”

A fair amount of screen time you say? Some pretty cool things you say? Like leading a massive pack of mighty direwolves from The North to save the Starks from the marauding Army of the Dead? Direwolves originated from The North, so they are not afraid of White Walkers or the cold they bring, which adds credence to this Game of Thrones theory.

So what direwolves are left? The last time we saw Nymeria, she was no longer domesticated and was the leader of a huge pack of direwolves. Despite being feral, she spared the life of Arya Stark. What if Nymeria and an even bigger pack of direwolves return to Winterfell, just like Arya and Jon Snow have? Then siblings Jon and Arya could fight the dead along with siblings Nymeria and Ghost. Maybe Nymeria went away to gain important fighting skills, much like Arya left Winterfell to gain her assassin abilities. An army of direwolves to battle the Army of the Dead.

A Song of Ice and Fire author George R.R. Martin already teased that the brief reunion in the book was not coincidental. “You know, I don’t like to give things away,” Martin told Mashable. “You don’t hang a giant wolf pack on the wall unless you intend to use it.” Martin was referencing the Chekhov’s Gun concept where if an author introduces a gun, then said gun will be used at some point.

Also in the ASOIAF, Arya experienced frequent “wolf dreams.” Could this mean that Arya, just like Bran. In the books, Arya sees life through Nymeria’s eyes in a vision. Could Arya have warg powers and then use those powers to summon Nymeria to help fight the Night King?

Another reason you might see more direwolves in Season 8 is money. To produce these giant wolf-like creatures, it costs a lot of money for the CGI. The first few seasons had a cost of about $6 million per episode. Then in Season 6, the price was up to $10 million episode. The last six episodes in Season 8 are said to have a budget of $15 million each. That means more epic battles, more dragons, and more direwolves.

But what if the Night King resurrects already dead direwolves including Lady, Grey Wind, Shaggydog, and Summer. Keep in mind that the direwolf is the sigil of the House of Stark.

Then there is Sansa Stark actress Sophie Turner tattoo that says, “The lone wolf dies, but the pack survives.”

But there is also a theory that Sansa will get killed when the Army of Dead invades Winterfell, she’ll turn into a White Walker and Jon will have to put her down. It will be a callback to when Ned Stark had to kill Sansa’s direwolf Lady after the animal bit Prince Joffrey Lannister because it was defending Arya.

A direwolf is prominent in the opening seconds of the first official trailer for the final season of Game of Thrones in the Crypts of Winterfell.

However, having direwolves can be difficult. Game of Thrones showrunners D.B. Weiss and David Benioff explained the difficulties with adding direwolves to the hit HBO TV series: “We did some testing, and at a certain point they look unreal. We reached a nice balance with them. And frankly, no matter how much money you spend on C.G. wolves—and we’ve seen the best that’s out there, state of the art, and some of it looks great—it still doesn’t look, move, and feel like a real animal. With dragons, you get some leeway. You can’t say, ‘Well, that doesn’t look like a real dragon.’

So can we expect a bigger role of direwolves in Season 8? The last season of Game of Thrones debuts on April 14, 2019. You can read more Game of Thrones fan theories HERE.