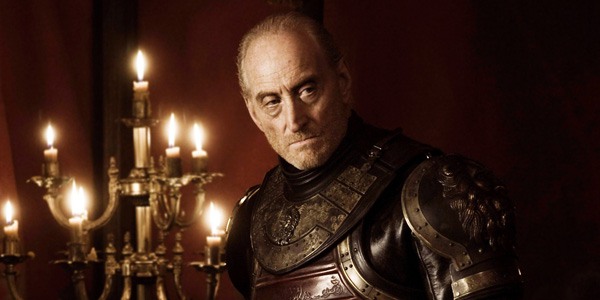 The more days the pass, the more people are voicing their displeasure with how Game of Thrones ended. We’ve already seen Arya Stark actress Maisie Williams and Khal Drogo actor Jason Momoa express their creative differences with how the Game of Thrones finale went down. Now Tywin Lannister actor Charles Dance says that he was confused by the ending to the hit HBO TV show.

Charles Dance appeared on Good Morning Britain and was asked about the controversial and disappointing Game of Thrones finale that is hated by fans and is the worst-rated episode in the eight seasons of the series.

“I was confused,” Dance said. “I’ve watched as much as I can because there are characters like Daenerys (Emilia Clarke) – her character and my character never met – so I wanted to know what happened to these people.”

“I got to the very end and I thought, ‘hmm, ok,’” he said. “There’s little Arya (Maisie Williams) going off on a cruise somewhere; poor Jon’s (Kit Harington) gone back to the North and all the people left alive are sat around saying ‘shall we have a cup of tea?’”

RELATED: Jason Momoa Reacted To Khaleesi’s Ending In “Game Of Thrones’ With Several F-Bombs And Growls

Dance said he would have preferred that Tyrion was the Ruler of the Six Kingdoms and it would have made for a “brilliant ending,” but there might be some Lannister bias with that opinion.

Charles played Tywin Lannister until Season 4 in 2014 and he wasn’t a fan of his character’s ending either. Dance commented on his final scene in Game of Thrones when his own son murders him with a crossbow while he’s sitting on the toilet. “Ungrateful little… after all I’d done for him,” Dance said in the interview.

Dance also said that none of the actors expected Game of Thrones to be the cultural phenomenon that it became to be. See, everyone who’s being honest hated the ending of Game of Thrones.