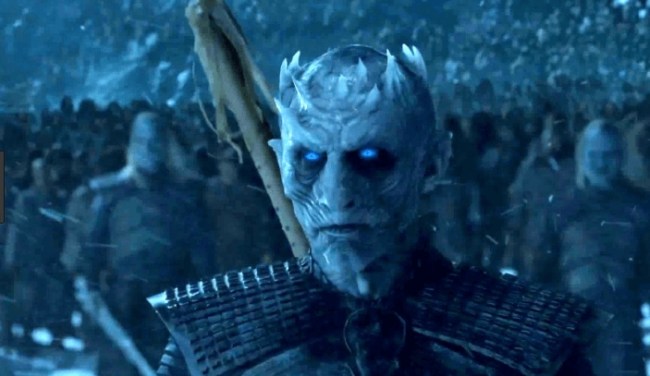 It’s been almost 600 days since the world was treated to a new episode of Game of Thrones so fans of the show have had to figure out some ways to kill some time in its absence, which has resulted in more theories than I’ve been able to keep up with.

Beware—there be potential spoilers ahead.

Depending on who you want to believe, the final season will reveal:

However, that’s just a small taste of the many rumors floating around the internet.

Earlier this week, Entertainment Weekly released a massive cover story that gave us the most insight we’ve seen into the final season of Game of Thrones so far.

The cover in question features a picture of the Night King and a new detail almost no one had picked up on until now. 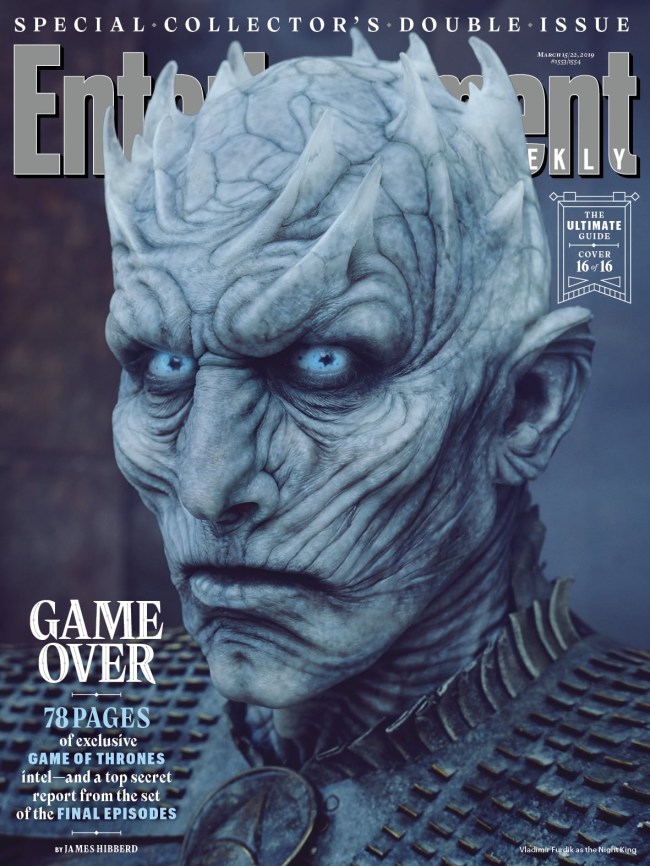 As PopSugar notes, the being currently making things pretty miserable for the people of Westeros seems to have stars for eyes instead of pupils—a detail that people are now obsessing over because there’s literally no detail no one hasn’t gotten way too into when it comes to Game of Thrones.

If you haven’t read the books—and even if you have—you’re probably not intimately familiar with Symeon Star-Eyes, a legendary knight who Bran briefly mentions in a passage:

“There was a knight once who couldn’t see,” Bran said stubbornly, as Ser Rodrik went on below. “Old Nan told me about him. He had a long staff with blades at both ends and he could spin it in his hands and chop two men at once.”

Hmmmmm. That sure sounds familiar.

However, much like The Carpenters, we’ve only just begun.

The stars in the Night King’s eyes have seven points, which some people think is an allusion to the Faith of the Seven, one of the main religions in Westeros. Its adherents worship seven different spirits—the Father, the Mother, the Maiden, the Crone, the Warrior, the Smith, and the Stranger—the last of which is meant to represent death.

As a result, there’s a chance our heroes are currently gearing up for battle against a literal god, which doesn’t exactly bode too well for the final outcome.

I guess we’ll see how things play out when the final season kicks off on April 14th.

In the immortal words of Bart Scott: CAN’T WAIT!