History Of Things: The Origin And Evolution Of Potato Chips Reveals It Was The O.G. Snack Food 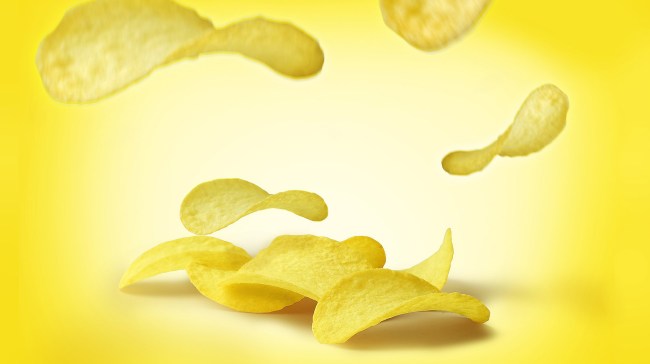 Potato chips are the classic snack, so classic that most other snacks owe something to the potato chip. Everyone loves their Doritos, but Doritos wouldn’t even exist if it weren’t for the noble potato chip. Potato chips were the first real snack food as we know it today. Picture the snack aisle at the grocery store. That aisle was built on the potato chip. But that snack aisle didn’t always exist. I know, I know, the world was a dark and terrible place. But the potato chip came around and, dare I say it, saved the world.

That dark and terrible world that didn’t know the potato chip was given its first glimmer of light and hope in 1817 when a dude named William Kitchiner dropped his book The Cooks Oracle, and inside was a recipe for making what became known as the potato chip. The Cooks Oracle was a best seller in both Europe and America, and it wasn’t long before potato chips began appearing in other cookbooks all around the world.

The French called them Pommes de Terre frites and fried them in goose drippings, which I assume is some ridiculous French thing that involves killing a goose just to make some chips. I mean, that is pretty much the most French thing ever, right? 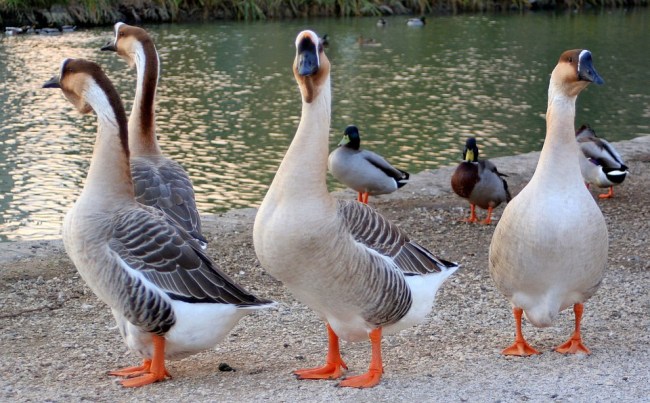 But while the French were busy killing geese, everyone else was busy eating potato chips. Even though we know that The Cooks Oracle was the first on the scene, there is an American legend that says that the potato chip was actually invented in Saratoga Springs in 1853. That’s 36 years after William Kitchiner’s book hit the streets, but you have to remember, the world was much bigger back then and news traveled slowly. No one was hopping on the internet to exchange recipes. They didn’t even have telephones. You can imagine someone in Saratoga Springs probably had no idea that the potato chip was already the hot snack of the day.

So while everyone else was getting into the potato chip game and the French were killing geese, a cook named George Crum in Saratoga Springs invented the potato chip all over again. The story goes that a costumer at Moon’s Lake House kept sending back his french fries, complaining like those kinds of dudes tend to do about every little thing, from the taste to the sogginess to whatever the hell jerks like to complain about. But George Crum had had it with that jerk complaining, and so he sliced all the potatoes up really thin, fried them up and then seasoned them and the potato chip was born. Or at least one man’s version of it.

I mean, I guess that’s one way to shut up a pain in the ass costumer, but George Crum’s creation came to be known as Saratoga Chips, and apparently people were still calling them Saratoga Chips around those parts well into the twentieth century. That had to have been some potato chip.

Speaking of the twentieth century, it was around that time that potato chips really began to take their place as the king of the early snack aisle. Mikesell’s Potato Chip Company, out of Dayton, Ohio, was founded in 1910 and claims to be the oldest potato chip company. Of course, don’t tell that to the Leominster Potato Chip Company, which claims to have started mass producing potato chips out of their New England headquarters in 1908.

Early on, potato chips were sold in tins which often left the chips stale. But the invention of cellophane changed the game for everyone. Growing in popularity from its invention in 1912 through the 1930’s when it really took off as an everyday part of people’s lives, cellophane allowed potato chips to be bagged in the way we now know them. Mass production soon followed, and the modern snack aisle was born. 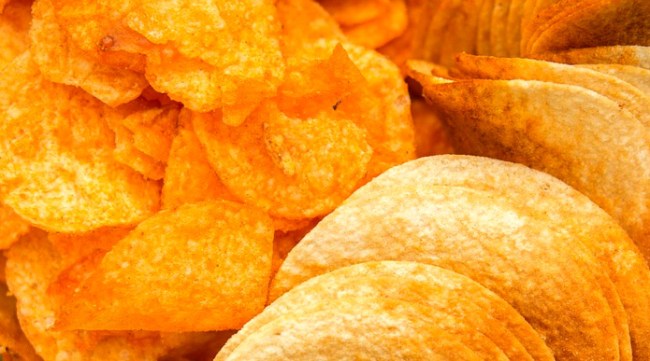 By the 1950’s, people wanted a little more from their potato chip, and that’s when a dude named Joe “Spud” Murphy, who ran an Irish potato chip company called Tayto, developed the technology to add seasoning during the manufacture of potato chips. He came up with Cheese and Onion flavored chips, as well as Salt and Vinegar. Soon, companies all across the world were throwing money at Spud Murphy for his secret. And, thankfully, he was willing to share.

By 1954, barbecue flavored potato chips began being sold in the United States, From that point on, every conceivable flavor of potato chip has found its way into the snack aisle. And it’s all thanks to an Irish dude named Spud.

So, from its humble beginnings in The Cooks Oracle to the French doing whatever the hell the French do to a frustrated cook in Saratoga Springs, the potato chip became a staple of our collective culture, both as the O.G. snack food and as a cultural icon. After all, what would our barbecues and cookouts be without potato chips? The potato chip is there on the 4th of July. It salutes our soldiers on Memorial Day. It’s a part of our shared national fabric.

Think of that the next time you hit the snack aisle and remember that the potato chip was the one who really got the snack game going. Grab a bag and thank William Kitchiner and George Crum and everyone who had a hand in bringing the potato chip to the world and making it a happier place for us all.