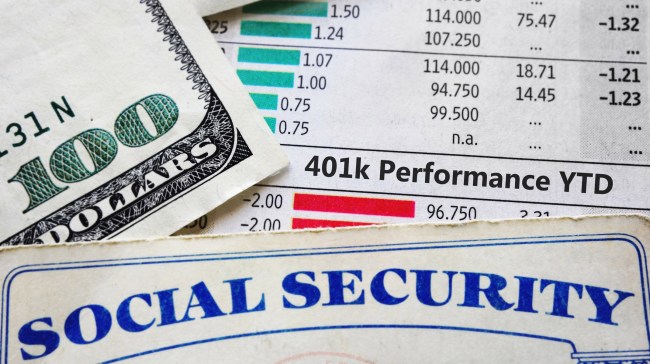 For many people the idea of early retirement is pretty much a pipe dream (especially if you spend money like the average millennial).

But as I always like to say, “Dare to dream.” (I actually never say that.)

Among those dreamers, according to cost information website HowMuch.net, are many of today’s financial advisors who are selling an idea called FIRE (Financial Independence/Retire Early).

What is FIRE? Basically it means living below what you can afford (again, good luck, millennials) so you can put as much money into your retirement fund as possible each month and retire early.

So how much money do you actually need to save in order to retire early? Well, HowMuch.net took data compiled by GoBankingRates.com, broke it down by both state and age, and created three informative maps of America.

Here’s how they did it…

The researchers started by figuring out the annual cost of living expenditures for people at 35, 45 and 55 years old, which came to $69,034, $73,905 and $64,972 respectively. They then adjusted the cost of living on a state-by-state basis using data from the Bureau of Labor Statistics’ 2017 Consumer Expenditure Survey and the Missouri Economic Research and Information Center. They divided each state’s annual expenditures by .04, which is the rate at which savers would draw down their accounts each year. The result is a total savings figure, or nest egg, for each state.

Among what they discovered includes the fact that the South is cheaper than the Northeast and the West Coast, Mississippi is the most affordable state in the country for all ages of retirees, and Hawaii, California and New York are the most expensive. Shocking.

Here’s how the savings amounts broke down by state in order to take early retirement by age 35, 45 and 55. See if you are on target to enjoy the good life. 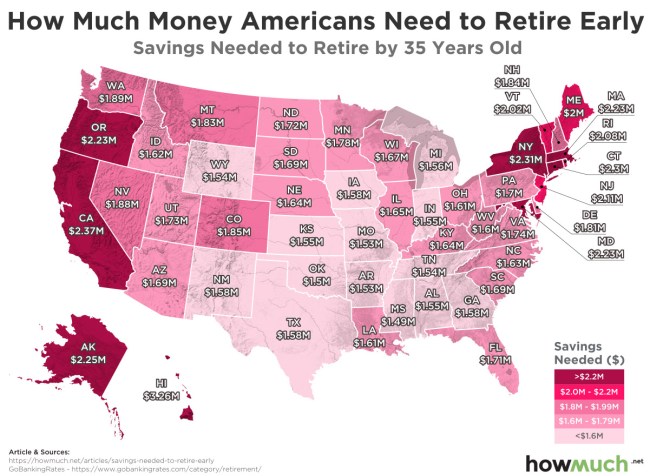 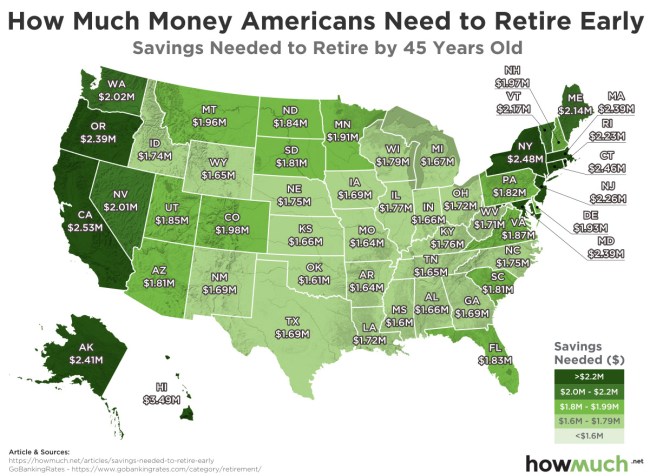 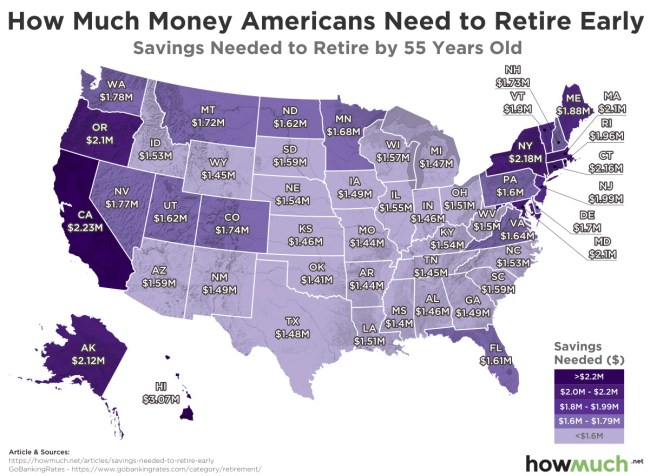 Looks like I know what I should be doing with my tax refund this year.