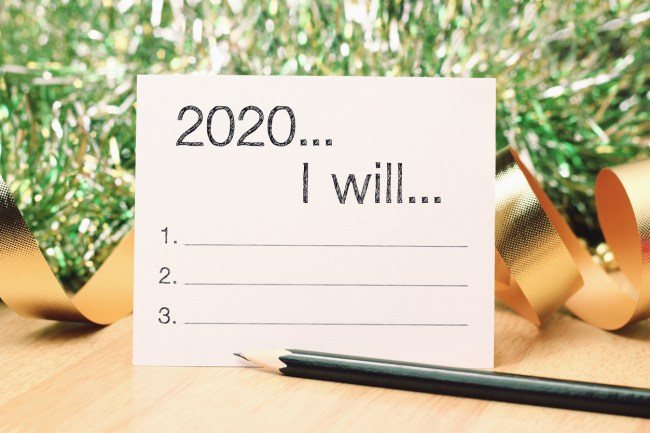 You are only days away from 2020, and that means that you’ll have New Year’s resolutions. The top New Year’s resolution is to go on a diet and eating healthier, which 71% of the country plans on doing. It seemed like the keto diet enjoyed mainstream popularity in 2019, and of all the popular diets in 2020, intermittent fasting seems to be the belle of the ball.

In the coming days, you’ll hear people saying contrived things like “new year, new decade, new me.” While most will stop dieting by mid-January, you might actually be inclined to follow through with intermittent fasting once you see this new scientific study on the health benefits.

Medical research about the positives of intermittent fasting was published in the New England Journal of Medicine on Thursday. The new study found that not eating for long periods of time can help you lose weight and help add years to your life.

Intermittent fasting is an eating pattern where you fast for hours at a time between meals. Cycling between fasting and eating can improve cellular health and trigger a “metabolic switching,” a mechanism that evolved in humans when food was scarce. The switch happens when cells use up sugar-based fuel that is stored and then begin to convert fat into energy, which is a slower metabolic process. Scientists believe the switch improves blood sugar regulation, increases resistance to stress, and suppresses inflammation.

“The state of the science on intermittent fasting has evolved to the point that it now can be considered as one approach, with exercise and healthy food, to improving and maintaining health as a lifestyle approach,” said the paper’s senior author and Johns Hopkins Medicine neuroscientist Mark Mattson.

Mattson, who studied intermittent fasting for 25 years and has been practicing the lifestyle for 20 years, examined previous health studies along with his co-author Rafael de Cabo of the Translational Gerontology Branch of the National Institute on Aging Intramural Research Program. Their research said intermittent fasting not only led to weight loss, but those who practiced the limited eating program lived longer, had fewer chances of heart disease, lower blood pressure, help those with diabetes, fight obesity, inflammation, and improved cognition.

The easiest way to start intermittent fasting is to skip breakfast, eat your first meal at noon, and don’t eat after 8 p.m. This method is called the 16/8 system because you are fasting for 16 hours and doing all of your eating within an eight-hour window. There is also 5:2 intermittent fasting where you fast for two days a week that caps out at 500 calories for those two days.

A 2017 study found that 40% of people who tried intermittent fasting dropped out. Mattson noted people became irritable and hangry at the beginning of subscribing to a lifestyle of scheduled eating, which can be discouraging. “Patients should be advised that feeling hungry and irritable is common initially and usually passes after two weeks to a month as the body and brain become accustomed to the new habit,” Mattson said.

Overeating during those two meals can also be a problem. “It’s human nature for people to want to reward themselves after doing very hard work, such as exercise or fasting for a long period of time,” said Dr. Frank Hu, chairman of the Department of Nutrition at Harvard University’s T.H. Chan School of Public Health. “So there is a danger of indulging in unhealthy dietary habits on non-fasting days.”

Will intermittent fasting be your 2020 New Year’s resolution?

RELATED: Here Are The Keto Diet Foods That Jenna Jameson Swears By And Helped Her Lose 80 Pounds