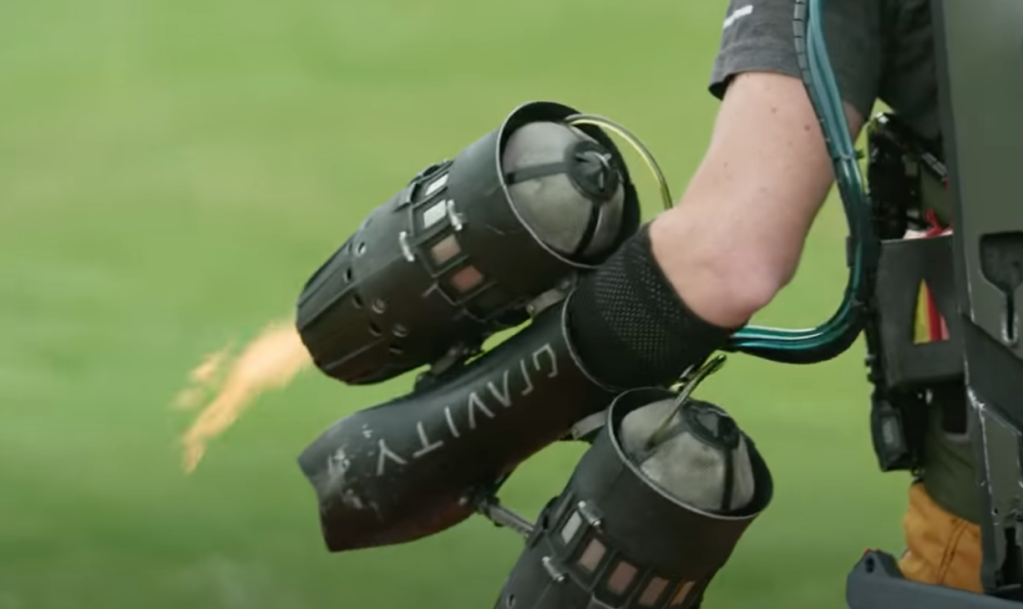 The three world records they’re seeking to break in this video are the 100 Meter (spring), 400 Meter Hurdle, and Pole Vault. Setting a Pole Vault world record while wearing a jet suit seems like something you’d expect to see in a cartoon and not real-life. But here we are.

If you are looking for the timestamps of each record, the 100-Meter is around 1:38, the 400 Meter Hurdle is around 4:30, and the Pole Vault begins around the 9-minute mark. So feel free to jump ahead to those points in the video if you want to skip the rest.

This jet suit’s official 100-meter time of 7.69 seconds destroyed Usain Bolt’s record of 9.58 seconds. We really are living in the future.

This video is a little odd. They aren’t making any attempts to hide the fact that it’s sponsored by the company that makes all of my iPhone charging cables. I really do like that company’s products but I don’t need to see their stickers everywhere in this awesome jet suit video.

Or maybe I’m just salty because I’ve wanted to work with GWR for years and set a few world records. But nobody from that company has ever reached out after seeing me hundreds of articles about their world records. Maybe I’ll take the initiative and reach out to them at some point…

Here is that same incredible jet suit taking off from one boat and landing on another at sea during a military training exercise:

There’s no shortage of articles around here about weird world records like this recent one about the world’s longest water slide. Then there’s this guy who ate 3 Carolina Reaper Peppers in just 9.73 seconds. A complete mad man.