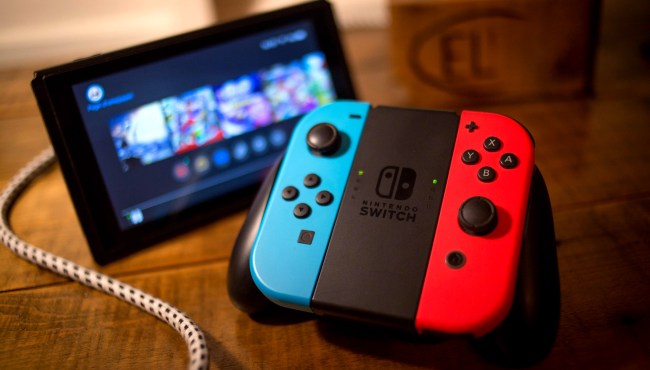 We’ve seen some wild lawsuits over the years. Just about anything and everything has made someone out there mad enough to sue.

This lawsuit involving a 9 or 10-year-old kid, his mom, and their buggy Nintendo Switch Joy-Con controllers doing something called Joy-Con drift, however, might be a new one.

The complaint, filed in Northern California, was brought by a woman named Luz Sanchez and her 9- or 10-year-old son, who, as a minor, is referred to in court documents as M.S. The complaint describes how Sanchez purchased her son a Nintendo Switch in December 2018, when he was 8. Within a month, the complaint alleges, Sanchez’s controllers began registering in-game movement when his hands weren’t on them. Less than a year later, it says, “the Joy-Con drift became so pronounced that the controllers became inoperable for general gameplay use.” Sanchez’s mom obligingly purchased another set of controllers, but seven months later, the complaint alleges, they began drifting too.

Here’s a video discussing this Joy-Con drift phenomenon, which is when characters in a game start slowly creeping along despite the fact that you aren’t using the controller to make them do so.

There are also numerous videos on YouTube explaining how it can be “permanently” fixed “with no tools” and in “30 minutes or less.”

Nintendo admitted that this was a problem and started fixing Joy-Con controllers for free in July 2019, even if the warranty had expired.

The problem, as Sanchez’s lawsuit claims, is that Nintendo is still selling these “defective” controllers.

“Defendant continues to market and sell the Products with full knowledge of the defect and without disclosing the Joy-Con Drift defect to consumers in its marketing, promotion, or packaging,” reads the complaint. “Defendant has had a financial motive to conceal the defect, as it did not want to stop selling the Products, and/or would need to expend a significant amount of money to cure the defect. Despite Defendant’s affirmative misrepresentations as to the functionality of the Products, Defendant could have easily disclosed the defect to potential consumers in any number of ways, including on the product’s packaging or the set-up screen.”

So they want $5 MILLION for their trouble.

They aren’t the only people steaming mad about this Joy-Con drift (the number of comments about it on Twitter is staggering), but many out there think the mom and kid might be asking for a wee bit more money than is necessary.

$5 mil?
What'd it do, like poison their water supply or like explode on them?
It other words I smell a scam to get rich quick.

Ok unless the drift cost their house on fire I doubt it should be worth 5 mil in damage.

Unless joycon drift demolish the house. There's no reason to sue for that much

I'd be willing to bet $5,000,000 that the mom is a Karen. Seeing as they're suing in the US where you can get repairs for free, this case will go nowhere. She'd have better luck joining that class action lawsuit, a case which actually deserves the courts' attention.

Does this mean I could have sued for the shitty analog stick on the N64 or the shitty large size of the Duke, or the shitty arthritis inducing controller of the PS1 PS2 PS3 and PS4. Joycon drift sucks. But controllers wear down especially after 500+ hours of usage.

Afraid not, but then again, as I have stated before, I’m no legal expert.