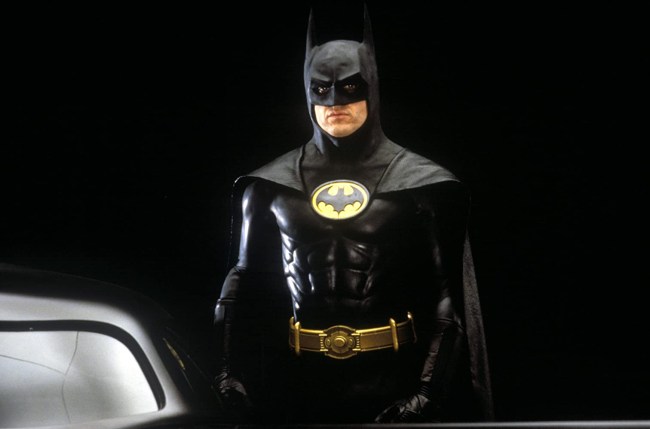 Yesterday, we brought you the legitimately stunning news that Michael Keaton — who starred at the Caped Crusader in 1989’s Batman and 1992’s Batman Returns — was in talks to return to the role of the Dark Knight in the upcoming film The Flash.

After nearly 30 years, Michael Keaton is in talks to return to the role of Batman, to appear alongside Ezra Miller in Warner Bros.’ upcoming movie “The Flash,” TheWrap has learned exclusively. Talks with Keaton are in the very early stages, it is far from a sure thing, and can go either way. No details are currently available about how big or small Keaton’s role is. [via The Wrap]

According to reports, Keaton will take over a Nick Fury-like role in the DCEU, appearing across multiple films and serving as a mentor of sorts to other DC characters.

As for how he’ll work into the franchise’s actual narrative, reports indicate that after Ezra Miller’s Barry Allen travels back in time to prevent the death of his mother, he “inadvertently creates another universe protected by Michael Keaton’s Batman,” who is now 30 years older than we last saw him in Batman Returns.

It’s a frankly stunning development, as the presence of Keaton’s Batman will introduce general audiences to the concept of the “multiverse”. If the DCEU plans to operate in the multiverse going forward, the possibilities are truly endless.

As for what to expect in The Flash, Umberto Gonzalez of The Wrap and Heroic Hollywood describes the film as The Dark Knight Returns meets Batman Beyond with a touch of Flashpoint. To be clear, though, Keaton will be appearing as BRUCE Wayne, not the Thomas Wayne version of the character that is found in Flashpoint.

THE DARK KNIGHT RETURNS + BATMAN BEYOND with a dash of FLASHPOINT

RELATED: ‘The Flash’ Director Confirms The Film Will Be Based On An Iconic Storyline

After spending a few years in developmental hell, The Flash — which is set to be helmed by IT director Andy Muschietti — is currently set to hit theaters in the summer of 2022.