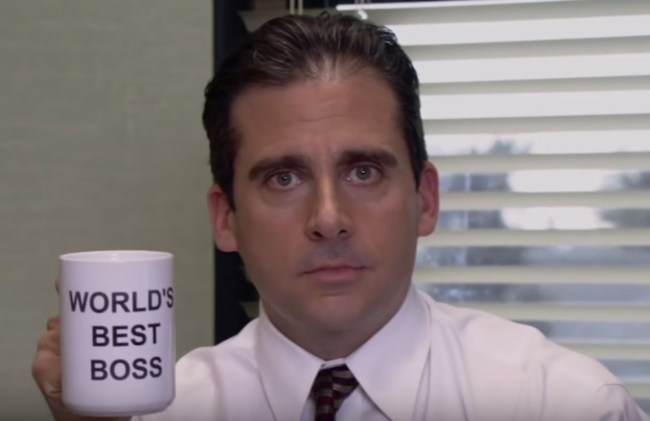 NBC’s The Office would’ve never succeeded without Steve Carell’s take on Michael Scott. Sure, The Office with Ricky Gervais was a success in the UK but that was nothing compared to the success of the show here in America which then spread across the globe as the most binge watched TV show on Netflix.

It’s been 5,277 days (173 months and 11 days) since the show premiered on NBC and it has been 2,302 days (approximately 198,892,800 seconds) since The Office series finale aired on NBC. The show stays alive thanks to streaming on Netflix where last year subscribers watched 52.1 BILLION minutes of The Office compared to 32.6 billion minutes of Friends and 30.3 billion minutes of Grey’s Anatomy.

You can also find the show almost every day on Comedy Central where they show reruns in the afternoons and on YouTube where they pump out clips like the one below. This supercut/tribute to Michael Scott’s most memorable moments as the Dunder-Mifflin Scranton Branch boss shows that Michael tried his hardest to live up to that ‘World’s Best Boss’ coffee mug that he kept on his desk.

Was Michael Scott a good boss? No. Did he at least mean well? Almost always. But in the workplace, just because someone’s heart is in the right place it doesn’t mean they should be forgiven for being a complete and total bonehead. And that’s what we see here, Michael Scott as a complete nincompoop.