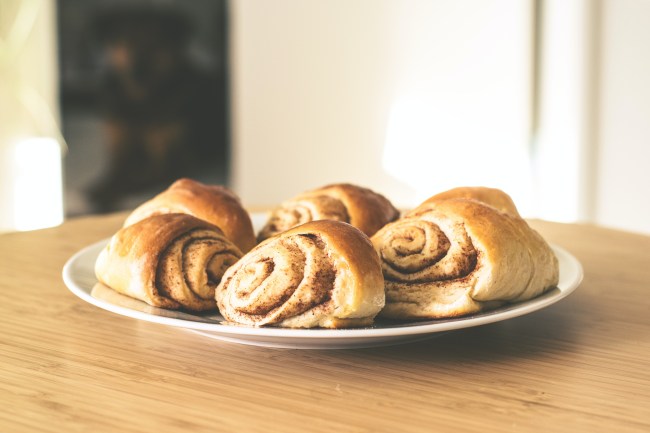 People are looking for anything to pass the time during self-isolation, trying to kill time by growing beards, smoking a ton of weed, and sneaking into jungle safaris.

All of this free time – and limited food options – has also forced Americans into the kitchen.

Unfortunately, few people have enough recipes to last for months and not many among us have a shelf full of helpful and healthy cookbooks.

The world is going to the web in search of new recipe ideas to try during the quarantine.

The Daily Meal did some investigating of their own and compiled a list of the most searched recipes in each state.

With a little help from search engines, quarantine cooks are scoring recipes for everything from chicken salad to margaritas, and there are trends in each state. From Alabama to Wyoming, these are the top uniquely searched recipes in Google from across America in the past 90 days and in each state over the past 30 days.

Here’s what the Daily Meal figured out about each state.

A few of the more interesting and offbeat recipe searches include:

Alaska, Montana, Illinois, and more are searching for cinnamon roll recipes.  The smell of fresh-baked cinnamon rolls sticks around the house for hours. The feeling of eating a cinnamon roll stick around for weeks.

Connecticut, Delaware, Maryland, and other states full of quarantiners have a hankering for new salmon dishes.

Iowa, Kansas, Kentucky, Arkansas, and few other states are desperate for new ideas for hamburgers.

A bunch of states are carb-loading and fixated on bread recipes.

California: Snickerdoodles – In my opinion, if you’re going to bake cookies, there are hundreds of better recipes than Snickerdoodles. A few even involve weed.

Idaho: Shoyu chicken – I’ve never eaten Shoyu chicken, or even heard of it before today, but it sounds delicious.

Vermont: Pancakes – In the land of maple syrup, yeah this makes sense.

And last but not least, residents of the Sunshine State are doing the most Florida thing ever -besides crowding a beach during a pandemic.

The state is hunting for new Margarita recipes.

[via The Daily Meal]