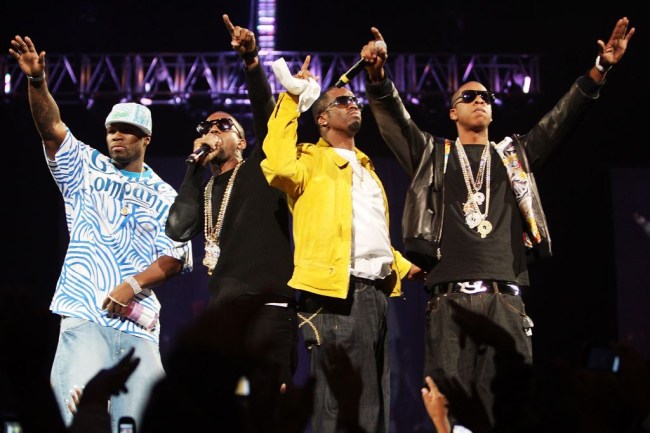 There have been many much-heated debates about who are the greatest rappers of all-time, and seemingly everyone has their own favorite lyricists. It is extremely difficult to narrow the greatest rappers down to ten. But it is even more arduous to widdle the top rappers list down to only four. That was the challenge that was put out on Twitter for hip-hop fans when they were asked to name hip-hop’s Mount Rushmore of rap.

The official Twiter account for Genius, “the world’s biggest collection of song lyrics and musical knowledge,” posed the question: “Which four rappers would you pick to be on hip-hop’s Mount Rushmore?” Hip-hop fans were quick to provide their answers who which rappers are the best of the best.

The responses varied, but there were plenty of answers with the usual hip-hop royalty such as Tupac Shakur, Jay-Z, Biggie Smalls, Nas, Kanye West, Eminem, Lil Wayne, and old school juggernaut Rakim.

Then there were fans who only wanted their favorite rapper represented on the Mount Rushmore of Rap.

Who do you have in your Mount Rushmore of rap? Do not say Soulja Boy.

Here are other debates on who the greatest rappers of all-time are:

The Internet Decides Who Is The Best Storyteller In Hip-Hop

T.I. Weighs In On The 50 Greatest Rappers Of All-Time Debate, His Top 10 List Features Drake And Lil Wayne