Mysterio Appeared In An Early ‘Spider-Man: Far From Home’ Scene And No One Even Noticed 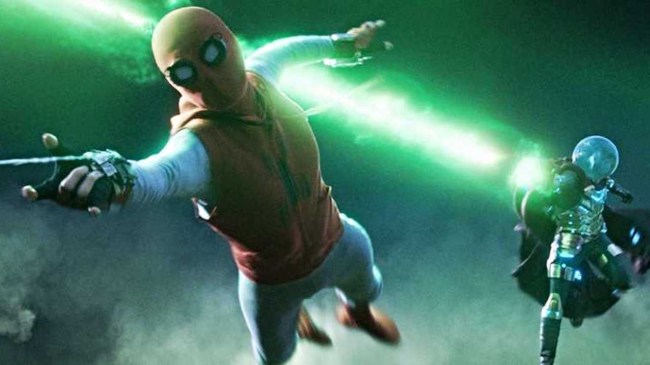 Once again proving why they’re the kings of the comic book movie industry, Marvel Studios found a way to sneak Mysterio into a scene in Spider-Man: Far From Home without anyone noticing.

Due to the inherent silliness of a fishbowl-wearing magician, Mysterio was long considered far too difficult to adapt to film.

But because Marvel Studios is Marvel Studios, they ultimately found both an inventive and a logical way to introduce Mysterio into the MCU without having to sacrifice the mind-bending visuals that make the character so enticing and entertaining.

In short, they were extremely creative with their handling of the character, especially when it came to his manipulation of Peter Parker and the world at large.

When we first meet Jake Gyllenhaal’s Quentin Beck / Mysterio, all of the fools around him — “Nick Fury” and Spider-Man included — believe him to be a magical green beam wielding hero from another dimension.

However, if you were really paying attention, Mysterio was anything but the hero he was making himself out to be, as he can be seen stalking the Midtown School of Science and Technology class trip before the first Elemental “attack” in Venice:

beck stalking peter before anything even happened lol

While the moment was merely a minor blink-and-you’ll-miss-it Easter Egg, it’s the type of carefully-considered plot detail that adds another layer of cunning and villainy to Mysterio that retroactively makes him both more believable and more compelling.

Love being caught in the web of the Marvel Cinematic Universe? Check out the rest of our MCU coverage:

‘Spider-Man: Far From Home’ Director Reveals His Ideal Villain For The Third Film