History Of Things: The Origin And Evolution Of Energy Drinks From Cocaine To Caffeine 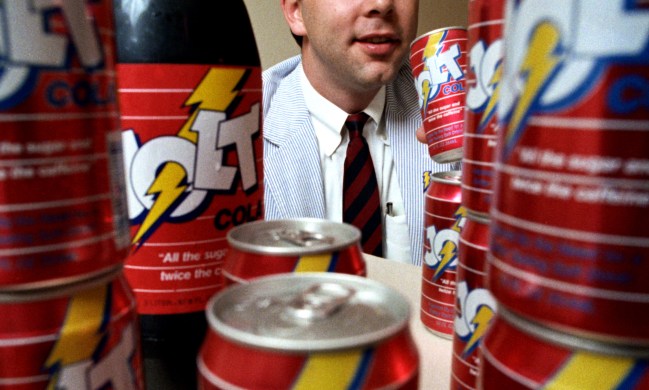 Energy drinks have become an essential part of the routine for many people who don’t have time to slow down. Without energy drinks it would be almost impossible to stay ahead of the day and all it’s stresses. It is kind of crazy to know that for almost all of human history people didn’t have the help and support of energy drinks. They just had to try to tough it out, I guess. But thankfully, energy drinks came along to help us kick ass no matter what the world throws at us.

It makes sense, then, that people would be trying to make energy drinks pretty much from the time that they figured out that this was a thing that people could do. In the earliest days of the soft drink industry, both Pepsi and Coke tried to market their drinks as energy drinks. We’re talking early twentieth century here. Back then, Coke was willing to use coca leaves as its active ingredient. Basically, Coke was built on cocaine giving everyone the energy boost that they needed.

That’s right, I said cocaine. Of course, it wasn’t long before people began to worry about everyone being all coked up all the time and Coke swiftly started to drop the cocaine from its formula. This happened in 1904 which means that prior to then people were getting all coked up on Coke. After, Coke began using “spent” coca leaves instead of fresh ones, which allowed them to get the caffeine in their drinks without the cocaine. 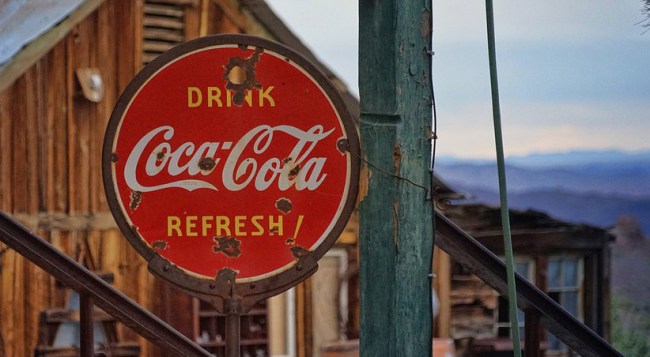 So the earliest energy drinks were literally cocaine drinks which is a hell of a way to kickstart your day. People weren’t messing around back then. No half measures. No puny little sugar rushes. No. It was straight cocaine right from the start. But, as I said, this didn’t fly with Puritan America and cocaine was out the door and replaced by caffeine.

But because America has always been a tight ass about these kinds of things, it wasn’t long before the church ladies came after the caffeine. One federal lawsuit – yes, really – forced Coke to reduce the amount of caffeine in its drinks which led to an early end for energy drinks in America in 1916.

It would be years, decades really, before America could get back to its energy drinks. That didn’t mean that people still didn’t try, though. Take Chicago businessman William Mark Swartz, who created an energy drink in 1949 called Dr. Enuf. This Dr. Enuf concoction was made up of B vitamins, caffeine and sugar cane which pretty hits many of the same bases as cocaine, which had been vilified after a quick run as a miracle drug in the early part of the twentieth century.

So without cocaine to lend a helping hand, it was pretty much all about caffeine and while Dr. Enuf was making the rounds it wasn’t until the 1980’s that the soft drink industry decided to get in on the energy drink game. In 1985, Jolt Cola was launched which was a soft drink that was high on caffeine, basically just taking the lead from Coke back in the day before they were forced to back off by those federal lawsuits.

But people had evolved enough by the 1980’s to stop being so puritanical about these kinds of things and along with Jolt Cola, Pepsi introduced Josta, which was their version of a higher caffeinated drink. Josta didn’t last very long, though, and Pepsi soon pulled it from the shelves. People were ready for energy drinks, but it seemed that people didn’t want to get those drinks from the same place they got their soft drinks. Enter Red Bull.

Yes, in 1997, Red Bull launched in America after already debuting in Europe. It was from here that the modern energy drink industry as we know it really was born. Red Bull opened the door for the energy drink to come into our lives and it wasn’t long before products like 5-Hour Energy were running through that door, providing energy shots along with energy drinks.

Energy drinks have come a long way from the early days slinging cocaine in a can at people. Caffeine replaced cocaine as the energy drug, but as we saw even caffeine was too much for church lady America and it was a long time before the world picked us up again via our friends in Europe with their Red Bull which has changed the energy drink game for all of us. 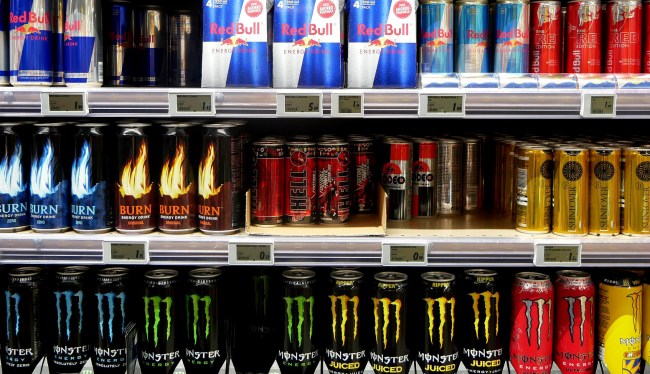 Today, we have a wide variety of energy drinks, most built around lots and lots of caffeine. It is kind of crazy that cocaine managed to be a common ingredient in the early days of the soft drink industry, but it just goes to show how much people need their energy drinks. Whether it’s caffeine or cocaine, people need something to help them through the day. The history of energy drinks suggests that people will pretty much do whatever it takes to keep themselves running on high while their problems get left behind in the dust. From cocaine in Coke to the caffeinated energy of Red Bull we have a history of trying to run faster than the world wants us to run.

The world might want us to slow down but thanks to people who first slipped some cocaine into their Coke to someone like William Mark Swartz who tried to make Dr. Enuf with its B vitamins, caffeine and sugar cane, we don’t have to slow down for anyone. Energy drinks give us the opportunity to make every moment of our lives count because people fought to allow us to get that extra jolt of energy we need we have been able to live life as fast and as furious as we want and that’s all thanks to energy drinks.