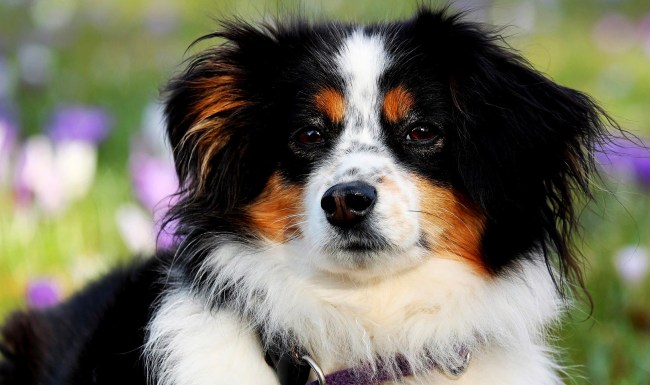 As much as I hate to admit it, I have some grudging respect for PETA’s entire marketing plan of trolling the living hell out of everyone with cockamamie threats, complaints, boycotts, claims, and pictures of naked people in order to get the public’s attention.

They are trolling, right?

Because PETA’s latest move to draw attention their way cannot be serious, can it?

I mean, there’s no way Ingrid Newkirk, the president of PETA, is not trolling us when she says, “Animals are not pets – they are not your cheap burglar alarm, or something which allows you to go out for a walk. They are not ours as decorations or toys, they are living beings. A dog is a feeling, whole individual, with emotions and interests, not something you ‘have.'”

She said she would prefer it if we all called our pets “companions.”

“How we say things governs how we think about them, so a tweak in our language when we talk about the animals in our homes is needed,” said Newkirk.

Jennifer White, senior media officer at PETA, reiterated Newkirk’s suggestions during a recent appearance on Good Morning Britain, telling the hosts the term “pet” is derogatory and patronizing toward animals.

“A lot of people at home who have dogs or cats will call them pets and refer to themselves as owners and this implies that the animals are a possession, like a car for example. When you refer to animals not as the living beings they are but as an inanimate object, it can reflect our treatment of these animals,” said White.

PETA even goes so far as to compare calling a pet a “pet” to the treatment of women before the feminist movement.

Like I said, they have got to be trolling just to get attention.

PETA says the word ‘pet’ is derogatory to animals and shouldn’t be used. I’m sure my pet dogs hate me using this term I think to myself as I pay for everything they need, feed and care for them, let them sleep on my bed, walk them in all weather and clean up their shit after them

FFS next it will be don't pet the dogs. Ask the dog if it wants a pat first

Love my dog more than anything, but he’s my ‘pet’. By all means if he starts picking up his own shit or paying me rent i’ll call him my companion and equal.

I've just told my dog that #PETA say he's no longer my pet but instead my equal so I'm going to laze around the house all morning chewing stuff & licking my balls while he drives into work & finishes that report. He can't get the car into gear though the useless twat.

PETA: "Okay, we're losing media relevance again and our pockets aren't full of enough money, what asinine thing can we make the media pick up on so people will send us more money?
I know! 'Pet' is now a derogatory term "comparable to anti-female terms."