The Rock Rolls Up On A Tour Bus In His Neighborhood, Shocks The Fans On Board 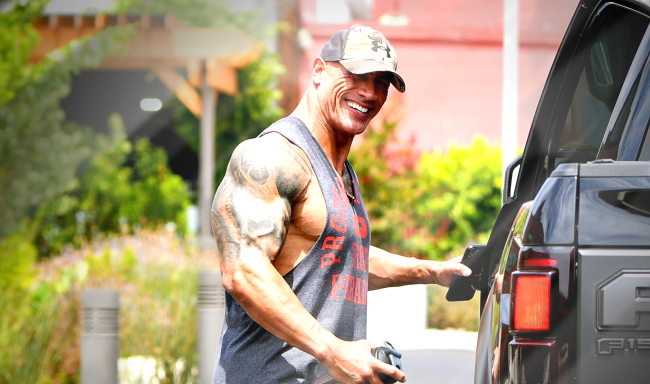 It is always very cool when someone famous goes out of their way to make their fans’ day. It restores a little of our faith in humanity to see someone who really doesn’t have to be friendly to us regular folk, but does it anyway because they appreciate how fortunate they are and how much a little gesture can go a long way from them.

Two of the famous people who are among the most well-known for conducting themselves in this way are Keanu Reeves and Dwayne “The Rock” Johnson.

Keanu Reeves has, for years, consistently engaged with his fans in the most awesome ways possible.

Related: Keanu Reeves Spots Fan’s Yard Sign On His Way To Set, Stops Car, Gets Out And Signs It With A Message

Dwayne “The Rock” Johnson, perhaps the biggest box office draw in the entire world, is also quite humble and generous when it comes to his interactions with his fans and those that helped get him to where he is today.

He was, after all, not too long ago named the Most Likeable Person in the World.

A perfect example of why people believe this took place this past weeked when The Rock noticed a tour bus passing through his neighborhood in Los Angeles as he was driving.

He ended up capturing what happened next in a video he posted to Instagram.

“Hey you guys know where I can find The Rock? 🛻😂” he captioned the video.

“Love pullin’ up in my pick up truck beside all these tour buses that tour my neighborhood and surprising the heck outta people!!!

As The Rock wrote in another recent Instagram post, “Man I look at life these days with deep gratitude, humility and a little grace – thankful for those dreams that didn’t come true.

“That’s the irony of life sometimes where the thing we want most – is sometimes it’s the best thing that never happened.

“I failed at becoming an NFL player.

“And as complicated as my relationship was with my old man, he was the one who eventually trained me to become a pro wrestler.

“And the rest is history.”

Man, I hope he never gets involved in any kind of scandal and ruins everything.