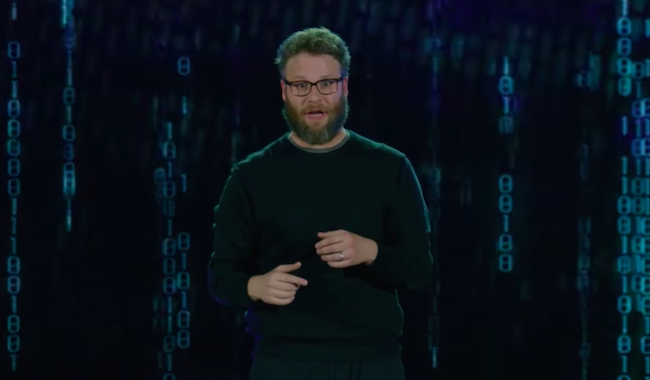 On Sunday, Seth Rogen— the marijuana fan responsible for sparking an international crisis with North Korea as well as being the brainchild behind an animated movie where a bunch of different kinds of foods bang each other— apparently signed a deal with Netflix. The company announced the partnership with a video that features Rogen signing away essentially every single aspect of his life in what appeared to be one of the many April Fools jokes to hit the internet over the weekend (with some being slightly more advisable than others).

However, it looks like it was only kind of a joke. In reality, it was part of the marketing campaign for Rogen’s upcoming special Hilarity For Charity, where he’s assembled an incredibly impressive pool of modern and contemporary comedians and musicians (as well as some other random talents) to put together a benefit to fund Alzheimer’s research.

Netflix has released a trailer for the special, and it’s hard not to get excited based on such an incredibly stacked lineup.

The official lineup features some big names in stand-up comedy including Sarah Silverman and John Mulaney (who also has an upcoming Netflix special of his own coming out soon) as well as some wild cards like Post Malone and Jeff Goldblum. However, the trailer teases plenty of other surprises (I’m sure all the Jon Lovitz diehards out there were pumped to see him make an appearance).

Anyone who likes comedy (and hates Alzheimer’s) can watch Hilarity For Charity when it hits Netflix on April 6.