Shaun Weiss AKA Goldberg From ‘The Mighty Ducks’ Reportedly Arrested For Breaking Into A Home While High On Meth, Mugshot Is Alarming 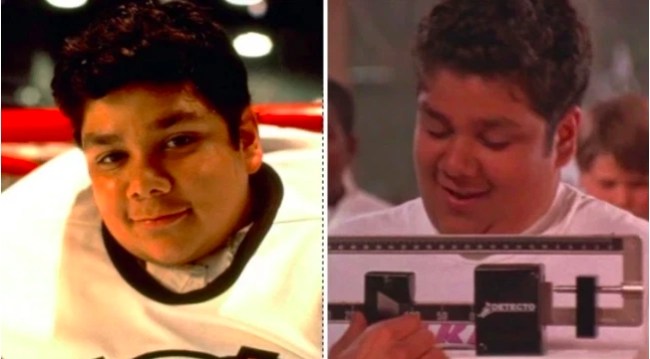 Shaun Weiss aka Goldberg from The Mighty Ducks aka Josh Burnbalm from Heavyweights has sadly continued his addiction-fueled downward spiral after he was arrested in California on Tuesday for breaking into a home while high on meth, cops said.

Page Six reports that the 41-year-old allegedly broke into a man’s garage in Van Nuys, California and shattered his car windshield.

“Weiss forced entry to gain access into the vehicle by shattering a window,” the Marysville Police Department said in a statement.

“Officers noticed shattered glass on the ground and observed that the passenger window to the vehicle was broken.”

Cops said the former actor displayed symptoms of being high on methamphetamine and was held on $52,500 bail.

This is just the latest unfortunate incident for the childhood actor we grew up loving. In 2017, Weiss was sentenced to 150 days in L.A. County Jail after stealing $151 worth of merchandise from Fry’s Electronics, his second petty theft offense. Weiss only served 12 of his 150 day sentence due to prison overcrowding, but was immediately sent back after getting arrested for possession of meth just five days after his release.

Weiss was arrested in August of 2018 for public intoxication, which was the arrest that prompted him to seek help, writing in a Facebook post that “without immediate treatment my life is in eminent danger.”

Just three months after he announced he was seeking help, Weiss was arrested for allegedly shoplifting more than $200 worth of stuff from an Los Angeles Rite Aid, according to TMZ.

Before the wheels fell off, Weiss was using his charm and notoriety to become a funny stand-up. Here he is in March of 2015 at the San Jose Improv joking about how talent managers confused his affinity for being a wise ass as a kid with talent.