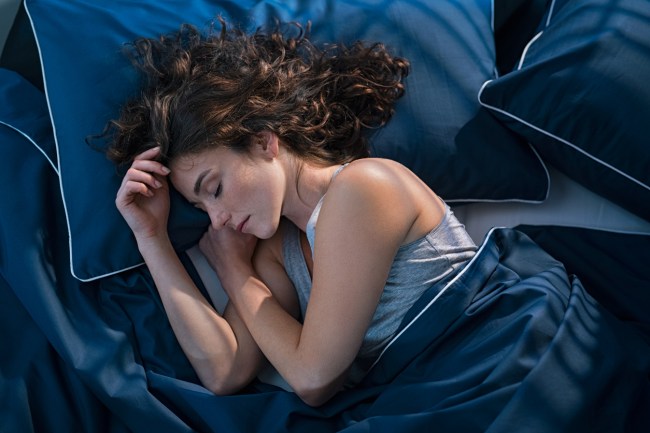 Science reveals that a person’s bedtime can have an effect on one’s heart health. There is a window of the best time to go to bed that will significantly reduce your risk of heart disease, according to a new scientific study.

Researchers examined data from 2006 and 2010 of 88,026 adults with an average age was 61 (ranging from 43 to 79), and 58% were women. The researchers analyzed the data to see if there was a correlation between the time of going to sleep with cardiovascular events. The study was adjusted for age, sex, sleep duration, sleep irregularity (defined as varied times of going to sleep and waking up), self-reported chronotype (early bird or night owl), smoking status, body mass index, diabetes, blood pressure, blood cholesterol and socioeconomic status, according to the journal of the European Society of Cardiology.

To find the best time to go to bed, data was recorded by a wrist-worn accelerometer. The participants shared their diagnosis of cardiovascular disease, which was defined as a heart attack, heart failure, chronic ischaemic heart disease, stroke, and transient ischaemic attack.

RELATED: If You Can Do This Many Push-Ups You Probably Won’t Die From Heart Disease According To Harvard Study

“Compared to sleep onset from 10:00 to 10:59 pm, there was a 25% higher risk of cardiovascular disease with a sleep onset at midnight or later, a 12% greater risk for 11:00 to 11:59 pm, and a 24% raised risk for falling asleep before 10:00 pm,” the study stated. “In a further analysis by sex, the association with increased cardiovascular risk was stronger in women, with only sleep onset before 10:00 pm remaining significant for men.”

The study stated, “During an average follow-up period of 5.7 years, 3,172 of the volunteers (3.6 percent) experienced cardiovascular events, such as strokes, heart attacks or heart failure — incidents were highest among people with sleep times at midnight or later and lowest among those who fell asleep from 10 to 10:59 p.m.”

Study author Dr. David Plans of the University of Exeter in the U.K. said, “The body has a 24-hour internal clock, called circadian rhythm, that helps regulate physical and mental functioning. While we cannot conclude causation from our study, the results suggest that early or late bedtimes may be more likely to disrupt the body clock, with adverse consequences for cardiovascular health.”

“Our study indicates that the optimum time to go to sleep is at a specific point in the body’s 24-hour cycle and deviations may be detrimental to health,” Plans continued. “The riskiest time was after midnight, potentially because it may reduce the likelihood of seeing morning light, which resets the body clock.”

“It may be that there is a sex difference in how the endocrine system responds to a disruption in circadian rhythm,” Plans added. “Alternatively, the older age of study participants could be a confounding factor since women’s cardiovascular risk increases post-menopause – meaning there may be no difference in the strength of the association between women and men.”

“While the findings do not show causality, sleep timing has emerged as a potential cardiac risk factor – independent of other risk factors and sleep characteristics,” he concluded. “If our findings are confirmed in other studies, sleep timing and basic sleep hygiene could be a low-cost public health target for lowering risk of heart disease.”

A 2018 study from a supplement company agreed with the new study on the best time to go to bed.

“10:10 p.m. is the optimum time for lights out,” Women’s Health reported. “They found that this was the bed time of choice of those with the ‘best’ (read: most consistent) sleep routines, and that this, in turn, engendered healthier eating habits – 82% of those with a regular bedtime also had consistent diet and fitness routines and 74% of regular sleepers also found it easier to maintain a healthy weight.”

According to the Centers of Disease Control and Precention, heart disease was the No.1 cause of death in the United States in 2019.