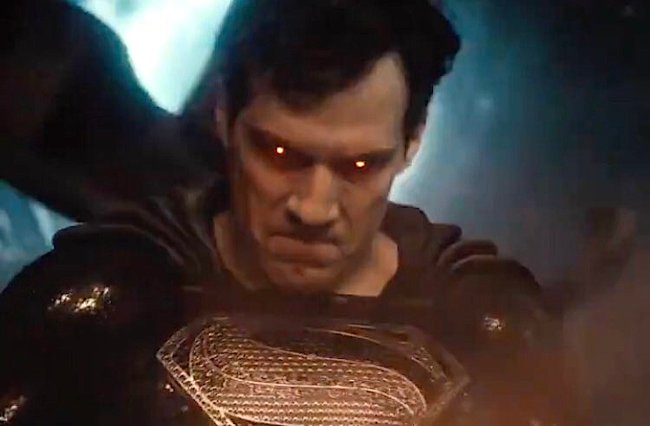 Zack Snyder has done. He’s actually fucking done it. Not only did he get The Snyder Cut greenlit, and not only did he convince Warner Bros. to give him extra funds to both finish and add additional footage, but Snyder has successfully made The Snyder Cut exciting. Whether it’s ultimately good or bad, awful or incredible is unimportant at this stage, all that matters is, based on everything I’ve seen thus far, that I’m sufficiently excited for Zack Snyder’s Justice League.

First, it was the debut trailer from back in August, which — while using footage shot years ago — made clear that Zack Snyder’s Justice League would be entirely different from the 2017 theatrical release, particularly when it came to the film’s tone. Plus, as a result of this trailer, I’ve had “Hallelujah” stuck in my head for half-a-year now. No kidding.

Then, earlier this week, Vanity Fair released first-look photos at Jared Leto’s simultaneously revamped yet stripped-down Joker, and I was forced to admit, despite how heavily it crushed my soul, that it looked… pretty fucking dope! Similar to George Washington and Jim Carrey in the 1997 classic Liar Liar, I can’t lie: Leto’s post-apocalyptic Clown Prince of Crime looks legitimately terrifying. Fair play. Plus, Snyder has confirmed that Leto’s Joker and Ben Affleck’s Batman will be finally sharing a scene together, marking only the second time it’s happened in the DCEU (after 2016’s Suicide Squad), and the first time the pair will exchange lines.

Now, ahead of Sunday’s official trailer release (which is sure to be full of never-before-seen footage), Snyder released a teaser for the trailer. Usually, trailers-for-trailers draw immediate ire from pop-cultural fandom, but this particularly trailer-for-the-trailer included an image so excellent that the 15-second clip is certainly worth the time: a black-suited Superman unleashing his heat vision.

We got a trailer for the #SnyderCut trailer y’all! 🎥🍿 pic.twitter.com/KBQlhOOcdB

The four-plus-hour Zack Snyder’s Justice League — which will feature a bevy of new characters, including Leto’s Joker, the Darkseid ally Daesaad, and Harry Lennix’s Martian Manhunter –will hit HBO Max in the United States on Thursday, March 18.