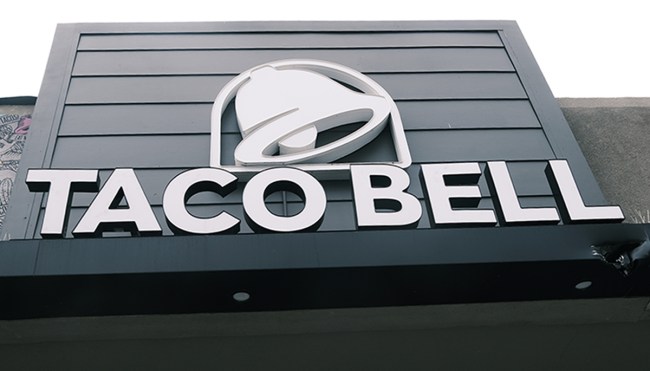 Earlier this month, country music legend and generally beloved human being Dolly Parton added a new honor to her already impressive résumé after being selected as a member of the newest class of inductees to the Rock and Roll Hall of Fame.

The long-reigning Queen of Nashville had previously voiced her intent to turn down the nomination before graciously reversing course, and it came as no surprise the Hall determined she was worthy of joining its increasingly diverse ranks.

However, “surprise” might be the ultimate understatement when it comes to describing the latest reason Parton’s name has ended up in the headlines, as the icon took to Instagram on Monday to reveal she’s agreed to participate in a new venture in the form of…a musical about Taco Bell’s Mexican pizza.

The mere existence of that project is likely fairly baffling to anyone who isn’t Hopelessly Online, so here’s a quick explainer: Doja Cat was one of the many people who lobbied Taco Bell to keep Mexican Pizza on its menu after the chain discontinued the fan-favorite in 2020, and the artist released a freestyle inspired by the item earlier this year that inspired TikTok creator Victor Kunda to release a video joking about a hypothetical musical.

In April, Doja Cat announced Taco Bell had decided to give the people what they want when she announced the impending resurrection of Mexican Pizza during her set at Coachella, and the brand has now confirmed the musical in question will be premiering on TikTok on May 26th (the item that inspired it will be returning to the menu on May 19).

#MexicanPizzaTheMusical is really happening! Tune in LIVE on TikTok 5/26.

Taco Bell has managed to garner the publicity it was undoubtedly hoping the stunt casting would generate, as plenty of people are equally confused and intrigued by Parton’s involvement.

Who had Dolly Parton Taco Bell musical on their bingo board? pic.twitter.com/gsdpcn3EMT

The fact that I love all the things in this tweet—Dolly Parton, musicals, Taco Bell’s Mexican pizza, TikTok—I don’t know whether to be ashamed or elated. (Well, I’m never ashamed of my love for Dolly. And musicals.) https://t.co/vFqxUXIdla

Dolly Parton is staring in a musical about Taco Bell's Mexican pizza that will debut on TikTok later this month.

And they said there'd be no risks to legalizing marijuana!