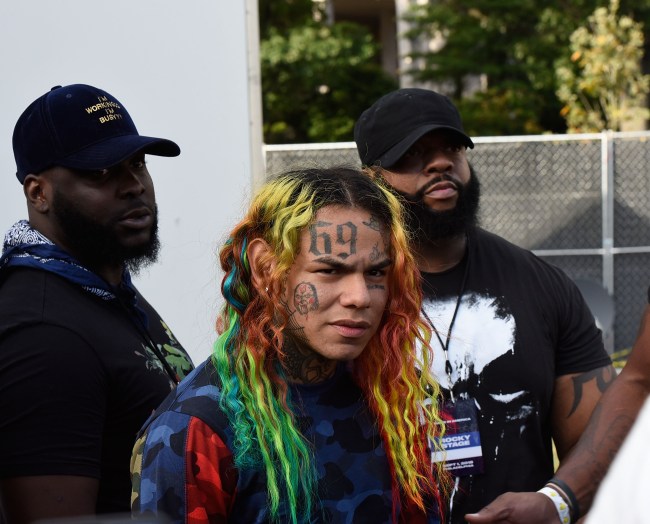 Narrator: It will not.

After literally risking his life to promote his sophomore album, Tattle Tales, it appears the 24-year-old rapper will not even come close to meeting the 150,000 projected units sold in its first week.

[Related: Your Official Tekashi 6ix9ine Album Review From The Whitest Guy You Know]

HITS Daily Double is now projecting the album will move just 40-50,000 units, with DJ Akademiks claiming that the gap is the result of Billboard no longer allowing artists to bundle singles or albums with merch or concert tickets to count towards the Billboard 200 or Hot 100.

Context: Tekashi visited Chicago and posted a video to his Instagram “paying respect” to Durk’s cousin who was killed. Durk claimed that Tekashi’s management offered him $3 million to keep the beef alive.

#trippieredd laughing at #6ix9ine being projected to sell 50k

Did #lildurk get the last laugh vs #6ix9ine??

According to Complex, Billboard closed the loophole by claiming it will “no longer allow sales of physical albums or singles that are bundled with digital downloads to be reported as digital sales.” 6ix9ine reportedly tried to juice his TattleTales sales by offering a digital download along with a physical copy that “will start shipping in approximately 3 weeks.”

At the time of this writing, Tekashi has yet to respond to his haters. That won’t be true for long.