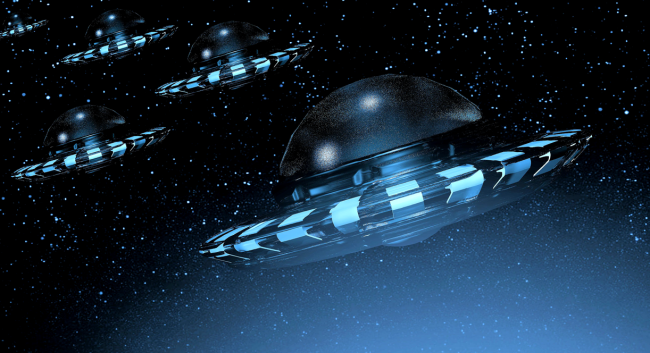 A mysterious pack of glowing UFOs over the Pacific Ocean near San Diego had area residents contacting local authorities and news outlets on Monday.

The UFOs, which appeared to be in some sort of pattern, blinking on and off at times, were visible from La Jolla to the north and as far south as Tijuana, Mexico.

According to the Sacramento Bee, they first appeared in the night sky around 9 p.m. on Monday, June 27.

NBC 7 San Diego said reports began coming in to their office at around 10 p.m. with one person telling them, “[We] saw a row of three orange dots above the sky downtown. They never moved. Then suddenly there were five. And then six. They never went off in different directions, but the lights would just blink off on a few and then come back on a few minutes later. It’s was quite weird yet interesting.”

San Diego police told NBC 7 that lifeguards reported the lights were flares used in a military exercise, however, two nearby military bases, Camp Pendleton and NAS North Island, told CBS 8 San Diego they had no idea what the lights were.

Numerous people on social media shared their views of the strange UFOs in the sky and offered their opinions of what they may have been.

UPDATE: Flight Radar showing military flight in the area past 2 hours. Lights seem to have stopped with its return. Coincidence or cause??? #ufosandiego #SanDiego #UFO #ufotwitter #UFOSightings #ufosighting pic.twitter.com/VWEhdUuoOc

Orange lights disappearing in the sky. Seen by Tijuana and could see them again by the ocean going towards DT San Diego. #SanDiego #UFO #UFOSightings #ufotwitter #ufosandiego #UFOs pic.twitter.com/QpvvR6Iy5f

In San Diego right now hovering over Pacific Beach - stationary lights that go in and out of 4 to zero. Drones? #ufo #ufotwitter #thetruthisoutthere pic.twitter.com/l3RDQkerZn

Similar UFO sightings have been made in the past near Miami, Detroit and Cleveland, in Michigan and in Great Britain.