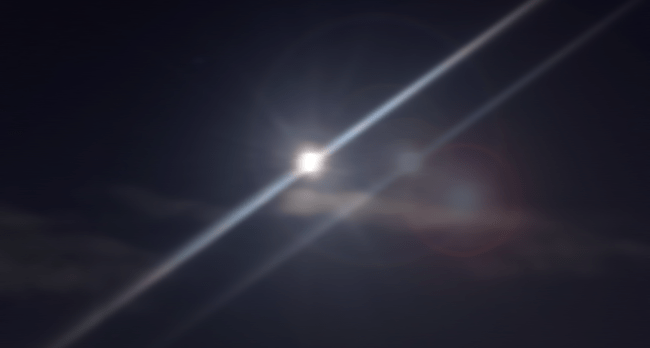 In what is becoming a disturbingly common occurrence, another US warship was reportedly chased and stalked by mysterious UFOs.

This latest report, coming from a retired US Marines officer, claims that the US Navy warship, the USS Kearsafe, had a UFO encounter with two car-sized balls of light UFOs.

Dave C. Beaty, the documentary filmmaker behind the 2019 film The Nimitz Encounters about the 2004 US Navy encounter with Tic Tac UFOs, revealed that for several nights at least two UFOs described as “balls of light” stalked the USS Kearsafe, following approximately half a mile behind the ship and around 200 feet above the ocean.

Beaty was contacted by a now-retired US Marine officer identified only as “Mark” regarding the strange episode.

The USS Kearsarge had been training at the time ahead of an overseas deployment — including with systems designed to take down enemy drones.

Pictures from the ship’s public Facebook page reveal they had these capabilities on board at the time of the alleged encounter.

The objects are said to have been spotted at night by the deck watch — who could not gain a thermal targeting lock on them.

As one might expect, the retired US Marines officer also claimed that the UFO encounter was captured on video, but it has not been made public.

Marines onboard are said to have believed at first the unexplained objects were part of a surprise training exercise for the new anti-drone weapons.

However, they discovered the countermeasures did not disrupt the objects — which were doing swooping maneuvers as they followed the ship.

Mark told Beaty that the USS Kearsarge radioed command about the objects and were informed the objects were “not ours.”

“Anything that would expose a military weakness or military capability of course is sensitive, but if these objects turn out to be not man-made and not foreign state actors, we need to be open and address these with academic study, empirical methods, and grant funding to conduct research at the university level,” Beaty told The Sun.

“While I commend our DoD and officers for handling the collection of data, at some point we need to focus public attention on the mysterious question of what these objects are, that is the ones that have defied prosaic explanation after investigation.”