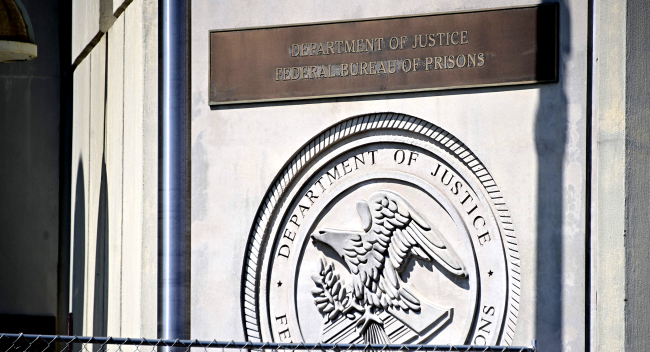 Forget Orange is the New Black, the real prison drama has been taking place at the Metropolitan Detention Center in Brooklyn, New York. Especially now that Antonia Ashford, the federal associate warden at the prison where Ghislaine Maxwell has repeatedly made claims of mistreatment, has been arrested on charges of murdering her husband.

According to the Ocean County Prosecutor’s Office…

On August 2, 2021, at approximately 2:15 a.m., Officers of the Jackson Township Police Department responded to a residence in reference to a 911 call indicating that a male victim had been shot. Responding Officers found the body of Roderick Ashford, 47, lying unresponsive on the floor with a gunshot wound to the face. Attempts were made to revive Mr. Ashford, but he ultimately succumbed to his injuries and was pronounced deceased at the scene.

The Ashfords reportedly had only moved into the home a few months ago, according to next door neighbor Sandy Troyano, who said she didn’t hear anything the night of the shooting.

“Who would think this could happen? It’s right in your own backyard,” said Troyano.

Convicted pedophile Jeffrey Epstein allegedly committed suicide in his prison cell there while awaiting trial in 2019. His associate Ghislaine Maxwell has reportedly been worried that she will suffer the same fate before she gets to trial.

Last week, Brooklyn Federal Judge William Kuntz called the conditions at the Metropolitan Detention Center an “ongoing disgrace” after hearing about a 60-year-old inmate being housed without a functioning toilet.

“His toilet has been BROKEN for three days and there has been a lockdown and Officers refuse to help him by allowing him to use another toilet but even worse have failed to repair the toilet. No one will tell him when it will get repaired,” the inmate’s lawyer wrote in a letter to Kuntz.

“He has nowhere to use a toilet. Staff laugh at him when he asks for it to be repaired.”

Kuntz, after hearing about the inmate’s plight, said “It’s ridiculous that it takes distinguished defense counsel, distinguished prosecutors and an okay district court judge to get a toilet fixed.

“I don’t care if the defendant is Jack the Ripper. We treat people under our care with respect and decency because it reflects on the entirety of the criminal justice system.”