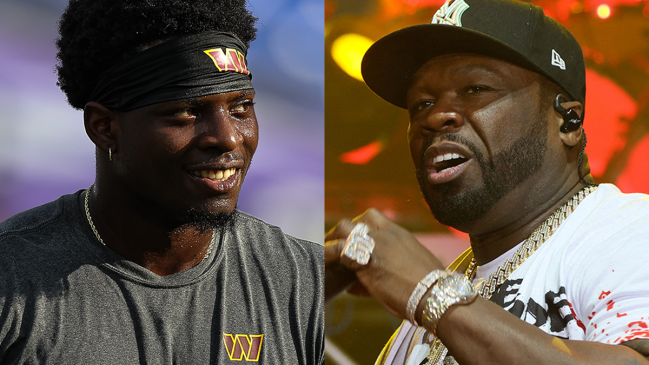 The Washington Commanders had some trouble getting their running game to click when they faced off against the Titans in a 21-17 loss on Sunday, as Brian Robinson Jr. (the team’s leading rusher in the contest) was only able to pick up 22 yards on nine carries while splitting duties in the backfield with two of his teammates.

However, the fact that Robinson was able to step on the field in the first place is pretty wild when you consider he saw his season suddenly derailed at the end of August when he was the victim of a carjacking that led to him being rushed to the hospital and undergoing surgery to treat multiple gunshot wounds to his glute and lower leg.

Robinson basically erased the preexisting definition of “Football Guy” and rewrote it by returning to practice just two weeks after he was shot, and many people were pretty shocked to learn the running back would be suiting back up for Week 5 based on the fact that it had been about five weeks since he was shot multiple times in areas that tend to be pretty conducive to success at the position he plays.

It’s safe to say the former member of the Crimson Tide took full advantage of the chance to let the world know he was back in business, as he trotted out of the tunnel while “Many Men” by 50 Cent blared throughout FedEx Field.

The clip quickly went viral as Robinson received heaps of praise for a pregame intro that can only be described as “epic”—including one message from the man who inadvertently played a role in it.

50 Cent gave props where props were due after Brian Robinson Jr. used “Many Men” for his pregame intro

If you’re somehow not familiar with 50 Cent, then you should know “Many Men” was recorded after the man born Curtis Jackson was shot nine times in 2000 for what many believe was a retaliatory hit for a song where he named the names of a number of major players affiliated with a notorious gang with plenty of turf in his native Queens.

On Monday, 50 responded to Robinson’s decision to use the song in an Instagram post with a message that read:

That s—t ain’t stop nothing, 👀when God has bigger plans it’s just a bump in the road. @b.robinson_4 right back in action.

That’s one hell of a co-sign.