Andy Reid Opens Up About Tyreek Hill Trade, Thanks WR For Time In Kansas City 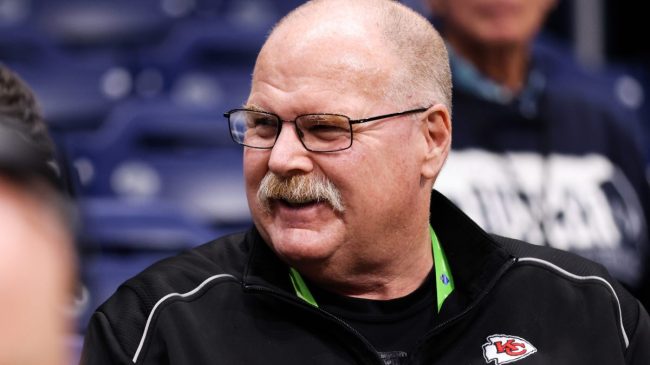 The trade caused a huge reaction in the NFL world, shocking fans, media, and players. Teammates, both old and new, have come out on social media to voice their opinions of the deal.

The Chiefs are losing a big part of their offensive production while Miami gains a lethal weapon at receiver. The Dolphins could very well have the fastest offense in the NFL. QB Tua Tagovailoa may be the biggest winner of the deal, though it may not have much impact on the Super Bowl race in 2022.

Patrick Mahomes, obviously, will miss the pass catcher as Hill has been his favorite target over the last four seasons. Each of those campaigns ended with an AFC Championship appearance. The Hill-Mahomes duo helped lead Kansas City to a Super Bowl title, two AFC titles, and a handful of division crowns.

What will happen to the Chiefs with Hill on his way to Miami?

Head coach Andy Reid opened up about the trade, giving his thanks to Hill as well as giving fans an idea of what the future holds for Kansas City.

There was clear reasoning behind the trade. It opened up cap space for the Chiefs, as well as gave the organization a number of draft picks to build for the future.

Here’s what Andy Reid had to say in his statement regarding the deal.

Andy Reid, Chiefs announce Tyreek Hill trade: "I am happy for Tyreek, he has grown as a man and player here in Kansas City … This move will also benefit the Chiefs, we now have cap space and additional draft picks to grow as a football team"https://t.co/xKa2pdHDtF pic.twitter.com/Zx8JF6bZ4x

“I am happy for Tyreek, he has grown as a man and player here in Kansas City. Myself, my staff and our organization appreciate all he did for our team. This move will also benefit the Chiefs, we now have cap space and additional draft picks to grow as a football team. I wish him well as he moves forward.”

Reid thanked Hill for his time with the team, but ultimately, he chose Patrick Mahomes over his wideout. Kansas City will now look to improve their roster through the draft in April. The cap space should allow the Chiefs flexibility to test the NFL market, too.

Reid sees this as a win for both sides.

Kansas City now has options to work with. Hill gets a huge payday.

We’ll see how it affects both parties moving forward into the 2022 season.