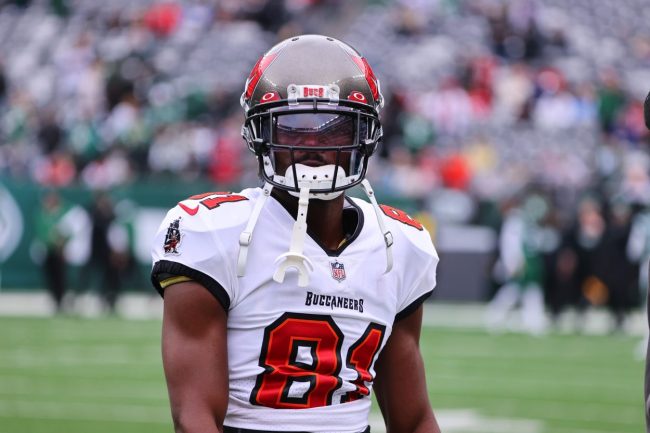 Antonio Brown was formally released from the Buccaneers on Thursday, likely putting an end to his career in the NFL for the foreseeable future. The decision came after Brown took off his jersey, shoulder pads and shirt mid-game, before doing jumping jacks in the end zone en route to the locker room.

The entire meltdown itself was bizarre, but what has unfolded since gets even crazier.

After the game, a report surfaced about why Brown quit the team, accusing the organization of mishandling an ankle injury. He allegedly told head coach Bruce Arians that he was too injured to play.

In turn, Brown (through his attorney) claims that Arians tried to force him to play and would not take no for an answer. He also reportedly has proof that he visited a top surgeon, who confirmed that his injury was severe.

Tampa Bay, including Arians, have denied those allegations. The team even released a statement that directly contradicts Brown’s account of what happened on Sunday.

Brown has since doubled down on the injury, sharing alleged text messages from him and Arians prior to the game. There has been a lot of back and forth from both sides.

On Friday, NFL Insider Ian Rapoport shed some more light on what he heard happened.

Ultimately, it is all a bunch of “he said, she said” at this point.

One thing, though, is for certain. Brown was dealing with an ankle injury throughout the season that he suffered in Week 7.

It was well-documented and is undeniable.

However, what could be questioned is Brown’s health entering Sunday— whether he was good to go or not. Especially after he posted a bizarre workout video a few weeks back.

Well, a new video has emerged that might provide some insight into his status.

Prior to the game, Brown was filmed walking on the field. He appears to be favoring his injured ankle with a notable limp before the Bucs took the field against the Jets.

Although it is not indisputable, Brown certainly seems to have an ailment that is bothering him. It is just the latest development in the ongoing saga. Stay tuned.