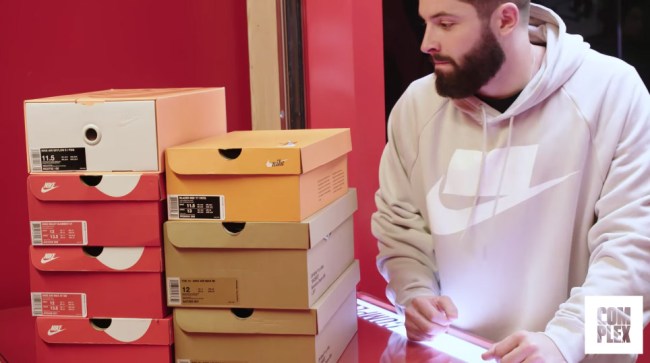 Cleveland Browns quarterback Baker Mayfield definitely sure does love him some sneakers.

This love of sneakers is made all-the-more easy for the 23-year-old Mayfield by the fact that he has a four-year contract with the Browns that will pay him almost $33 million guaranteed (including a $21.85 million signing bonus).

Of course, he is not alone in his love for sweet kicks. It’s the vice of many famous athletes including Cristiano Ronaldo, Odell Beckham, Jr., Antonio Brown, and Nikki Bella, plus celebrities like Eminem, Scott Disick, and more.

In this episode of Sneaker Shopping, Mayfield hit up the SNKRS space at Super Bowl LIII in Atlanta where he ended up dropping almost $1,200 on seven pairs of shoes. 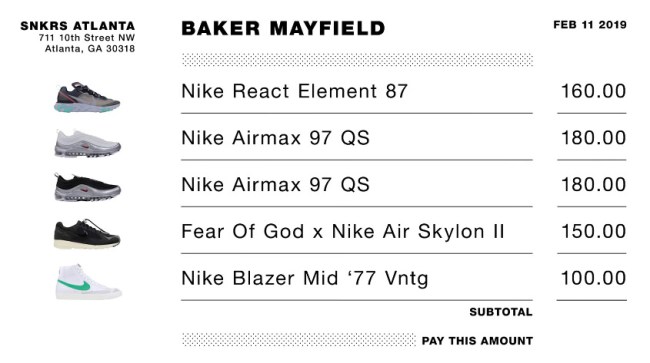 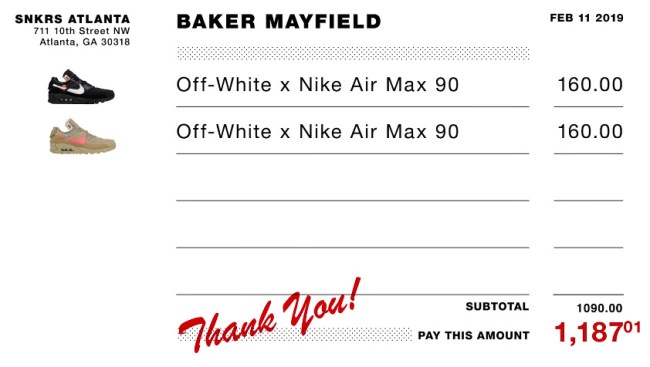 Among the many topics covered were Mayfield’s teammate Jarvis Landry being a big sneakerhead, his love of Converse Chuck Taylors, what he thinks of Virgil Abloh’s Off-White x Nike creations, and LeBron James giving back to Cleveland (and sending him free pairs of limited Nike LeBron kicks when he signed with the Browns).

“It was definitely a welcome to the city. I loved it. I didn’t know whether I could put them on and wear them around, or if I would get judged for it. So, I was a little hesitant at first, but it was a good gift,” said Mayfield. “They’re still on ice. I’m waiting to break them out.”

Check out the full episode below…