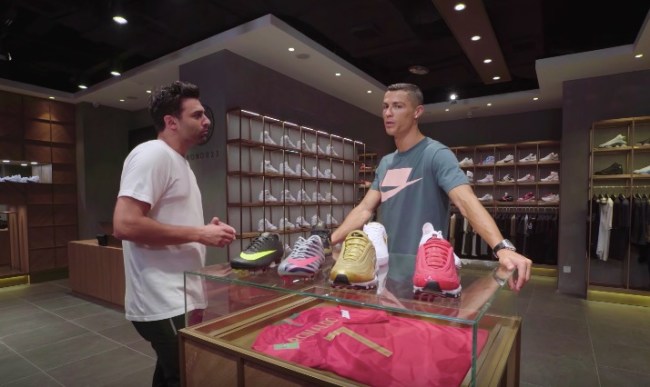 I think it’s fair to say that Cristiano Ronaldo is the most famous athlete in the world, isn’t it?

In 2018, he’s the 3rd highest-paid athlete in the world. A Business Insider article from earlier in this year names him as the #1 most famous athlete in the world, partly due to his 121.7 million followers on social media (#2 is LeBron and #3 is Messi btw).

He’s the number one athlete in the most popular sport worldwide. Even in America, he’s a household name. Your uncle Bob who claims ‘he ain’t watching guys run around for 90 minutes in their underwear and not score goals’ even knows who Cristiano Ronaldo is, and he might’ve even been impressed by that bicycle kick he saw on SportsCenter during the Champions League.

Suffice it to say, when Cristiano Ronaldo announced after the 2018 FIFA World Cup that he was leaving Real Madrid (the #1 team in the entire world) and heading to Italy’s Juventus to play in Serie A that EVERY SINGLE MEDIA OUTLET IN THE WORLD was trying to get that first interview.

The dude’s so famous that there was probably a casino somewhere taking bets on which media outlet would get the first interview after he signed with Juventus, but I’m guessing the odds weren’t heavily in favor of ‘Joe La Puma from Complex’.

For the latest ‘Sneaker Shopping’ episode on Complex, Joe La Puma has met up with Cristiano at Honor 23 in Beijing, China where the two shop through some high-end sneakers and Ronaldo opens up about his life.

I’m guessing you already know that he’s from Portugal, but many people don’t realize he grew up on the island of Madeira which is hundreds of miles off the coast of Portugal out in the Atlantic Ocean and Cristiano had a pretty modest upbringing.

He talks about how the latest shoe he’s designed pays homage to his humble beginnings, and how growing up he always wanted to dress like this dad…Which is just funny to stop and think about. This kid grew up idolizing his dad’s fashion and now literally tens of millions (hundreds?) of kids worldwide want to dress like CR7.

READ NEXT: Antonio Brown Goes Sneaker Shopping In Miami And Talks About The Sickest Shoes On The Planet

There are times when I think to myself ‘sure, I could live the life of a famous person’ and then I see a 2-second clip of Cristiano Ronaldo trying to walk through an airport and getting mobbed by fans.

He cannot go anywhere in the world without being recognized. That just seems exhausting as hell, doesn’t it?