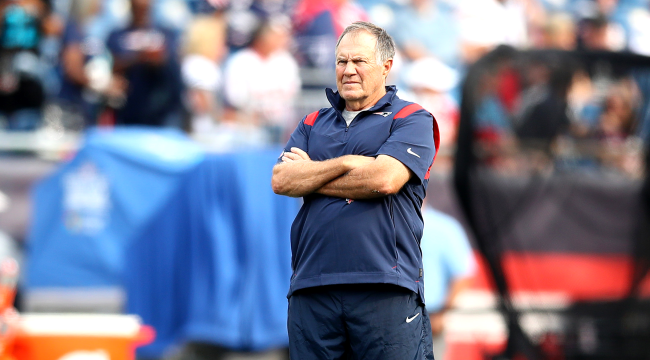 So… did you enjoy the NFL’s big crackdown on taunting during week two?!

Because if you did, it appears that you are in the minority.

PLEASE NFL. THESE TAUNTING PENALTIES ARE RUINING THE GAME. NOT A SINGLE FAN OR PLAYER WANTED THIS CHANGE. IT HAS TO STOP. PLEASE.

After all the ridiculous taunting calls today, doing this was fine lol pic.twitter.com/5kzPMar5dq

According to the website NFLpenalties.com, which is a real thing that exists, there was an average of 0.31 taunting penalties per team league wide (10 total) during the 2020 NFL season. In 2019, there were a grand total of 8 taunting penalties in the NFL.

So far, through just two weeks of the 2021 NFL season, there have been 10 taunting penalties, two more than the entire 2019 season and already equal to the total of 2020.

Despite the plethora of complaints by fans, there are, however, some people who actually think the NFL’s new stricter stance on taunting is a good thing for the league. Especially, when you think of the children! COVER THEIR EYES!!

DJ Reed really got a taunting penalty for this….. pic.twitter.com/pml5UOjy5r

Counted among those fans of the NFL’s new emphasis on making the league even less fun is, and you will not be shocked by this… Bill Belichick, the crotchety head coach slash long snapper historian of the New England Patriots.

We know this for certain because The Hoodie said so during an interview on The Greg Hill Show on WEEI Monday morning.

“Bill, where do you stand on some of these taunting calls… are you in favor of that?” Hill asked Belichick.

“In general, I don’t really think there’s a place for taunting in the game,” Bill replied. “I think that’s poor sportsmanship and it leads to other things. It leads to retaliation, and then where do you draw the line? So I think the whole idea of the rule is to kind of nip it in the bud and not let it get started.

“I’m in favor of that. I think that we should go out there and compete and try to play good football and win the game on the field. I don’t think it’s about taunting and poor sportsmanship. That’s not really my idea of what good football is.”

And get those damn kids off his lawn while you’re at it, NFL!