Bitcoin Just Became A Salary Option For Sacramento Kings Players, So Should Guys Take The Gamble? 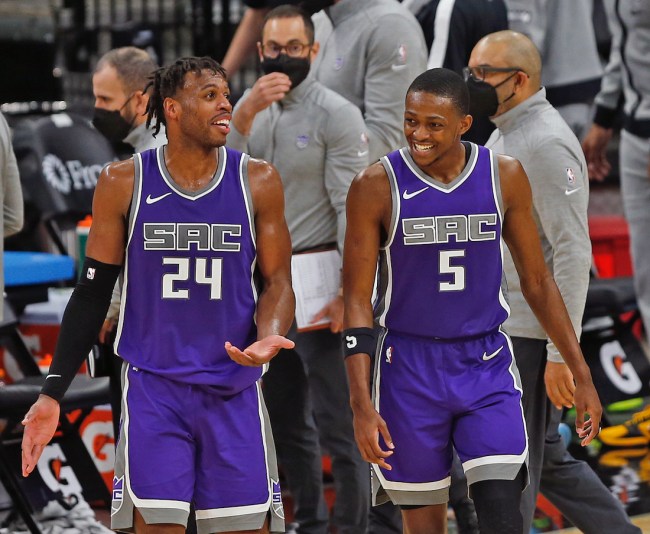 We undeniably live in a digital age, but, man, did anybody think that Bitcoin — the cryptocurrency that, at press time, was selling for an absurd $57,750 per share — would become such a Goliath in the mainstream? Sure, some people took the plunge and bought stock years ago when it was trading for a few hundred bucks, which has obviously paid off today, but I’m not sure anybody could’ve predicted this would’ve taken off like it has.

While industries like trading cards and digital art pieces are exploding thanks to NFTs, there’s some speculation that the market will die down. However, Bitcoin — which is different than an NFT since it’s mutually interchangeable — seems to only be picking up in popularity. The latest example comes with the news that the Sacramento Kings are now offering the cryptocurrency to its players as a form of salary, which definitely signals a change from the old paper paychecks NBA players are used to.

According to Forbes, Vivek Ranadivé, the Chairman, CEO, and Governor of the franchise, announced on Clubhouse (of course) that the team would be offering the cryptocurrency to its players.

“I’m going to announce in the next few days that I’m going to offer everyone in the Kings organization, they can get paid as much of their salary in bitcoin as they want, including the players,” said Ranadivé, according to Neil Jacobs, well-known on Clubhouse as a regular moderator for Café Bitcoin, broke the news on Twitter that was soon confirmed and reported by CoinDesk.

This isn’t the first time a major pro sports team has decided to use Bitcoin, as the Oakland A’s recently announced luxury suites inside the stadium would accept it as a form of payment. Likewise, the Kings have used the cryptocurrency for the past seven years, with the team store partnering with BitPay for fans to leave their wallets at home in favor of the crypto option.

As for whether or not Kings players will actually utilize the alternative salary option, one should look at the NFL’s Russell Okung, who negotiated Bitcoin as part of his salary and became one of the highest-paid players in the league because of the gamble. That’s a far cry from when the crypto was being traded for so little that a guy used it to pay for pizzas — which ended up being an $800 million mistake.

Whether you want to accept it or not, Bitcoin is here to stay — there are even Bitcoin credit cards now — as the Sacramento Kings may be setting a new standard with the decision to offer the cryptocurrency as salary to its players. Who will take the gamble? Which other teams will follow suit? Nobody knows. But it sure presents an interesting option that could pay huge dividends down the line for pro athletes.