The USGA Could Have Been Heroes By Pairing DeChambeau And Koepka Together At U.S. Open 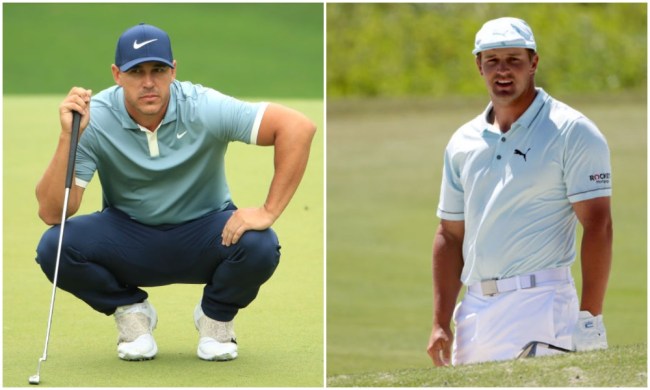 Golf fans were genuinely excited for U.S. Open pairings to be released on Tuesday, which is not normal. Not even during Tiger Woods’ prime were people this intrigued by who would be playing with who on Thursday and Friday at any tournament, and it’s all because of Brooks Koepka and Bryson DeChambeau.

Golf was being talked about, at length, on ESPN again. Mainstream news outlets were covering the beef between DeChambeau and Koepka and engagement on social media involving the game has likely never been higher outside of Tiger winning the green jacket in 2019.

Plus, we’re arguably talking about the two most polarizing players in the game, with each happening to be a Top 10 player in the world. There’s a reason 99% of the initial reaction to the Koepka video was everyone wanting to see Koepka and DeChambeau paired together at the U.S. Open.

The golf gods lobbed the USGA the softballs of all softballs to hit a home run to the moon, but they swung and missed by not pairing the two together on Thursday and Friday.

Prior to the pairings come out on Tuesday, Brad Faxon said that he had heard the USGA had reached out to DeChambeau and his agent to ask if he would play with Koepka in the opening two rounds and that DeChambeau declined. The allegations of the USGA asking a player – albeit the defending champ – if he approves of his playing partners is incredibly soft, but according to DeChambeau’s agent, that discussion never happened.

So, in summary, the USGA simply decided not to pair the two together. Instead, the casual fan, or even the fan that’s only interested in this week’s U.S. Open because of the rivalry, won’t be paying attention on Thursday and Friday whatsoever.

The U.S. Open prides itself in being ‘the people’s championship,’ which I know is based around the fact that anyone can go out and qualify each year, but giving fans what they wanted and pairing Brooks and Bryson together would’ve fit that motto as well.