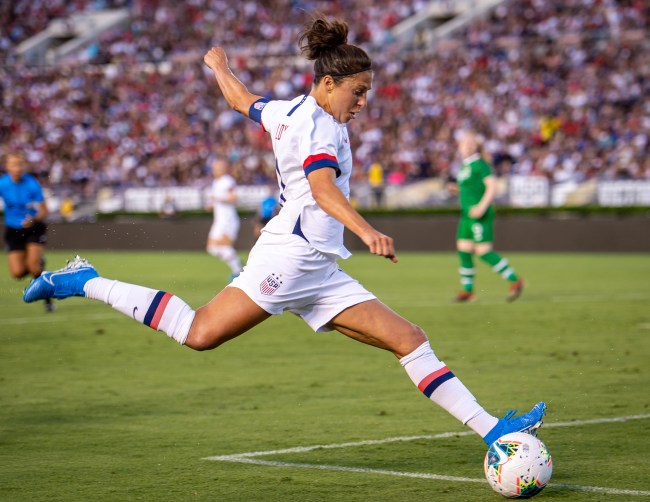 Two-time FIFA Player of the Year winner Carli Lloyd made headlines two weeks back for drilling a 55-yard field goal at a joint practice with the Philadelphia Eagles and Baltimore Ravens.

Lloyd’s trainer James Galani revealed that the two-time Olympic gold medalist was approached by “multiple” NFL teams after the video went viral, sparking an impassioned, multi-layered debate about the feasibility of women in one of the world’s most violent sports.

In an interview with the New York Post, the 37-year-old revealed why she believes she can hack it in a sport that has never seen a female.

I have spent 15 years breaking down my technique on the soccer field and there is no reason why I can’t get the technique down with a two- step field goal. I love challenges and this would be a big challenge for me.

When asked about what she needs to practice to make the transition, she said:

I need to get the minimal steps down, try kicking with a helmet and pads and fine-tune the correct technique.

In response to Allen’s claim about getting stampeded if a defender blocked a kick and she had to play defense, the two-time World Cup champ had this to say:

I am not naive to know that there are big men in football and there is the chance of possibly getting tackled or hit.

In her defense, outside of Steve Weatherford, current NFL kickers aren’t exactly meat mountains. Every kicker looks like they’re going to die when faced with literally any opposing player.