Chael Sonnen Has Some Words Of Advice For Conor McGregor: ‘You Don’t Know What You’re Doing’ 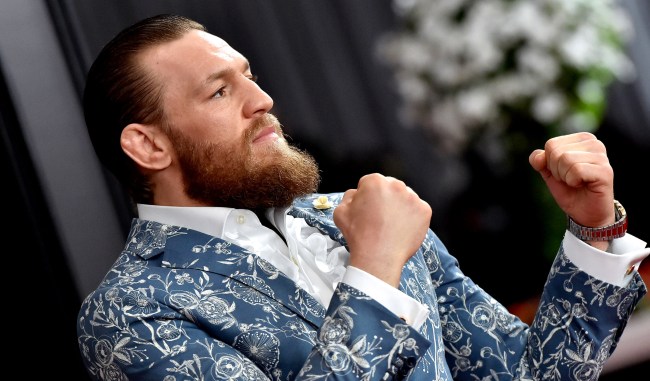 Well before Conor McGregor was running off at the mouth, promoting himself like very few UFC fighters, there was a man in the mixed martial arts fighting game that was far more loquacious when it comes to self-promotion and his name is Chael Sonnen.

Sonnen, the man who once gave out the personal phone number of WWE’s Stephanie McMahon during a TV interview and should have beaten the GOAT Anderson Silva in the prime of his career if he had kept his head out of his posterior at UFC 117, has a little bit of advice for The Notorious One: Stay in your lane.

McGregor, who recently decided to shave his head and his trademark beard and now looks almost unrecognizable, announced last week that he would be participating in a “sparring match” versus Dustin Poirier for charity on Dec. 12 in Dublin.

Despite UFC president Dana White saying he had reached out with offers to Conor and Poirier to stage a fight for them, McGregor has decided to promote the event himself.

“I wish Conor the best, but if I could give Conor any advice, and I’ve given him plenty over the years – do not go into the promoting game,” Sonnen told MMA Fighting. “You’re going to fall on your face, and you don’t know what you’re doing.”

Not that Sonnen actually believes the fight will even happen with McGregor promoting it himself. In fact, Sonnen puts the chance of that happening at “zero.”

“I don’t think Conor will ever promote a fight any more than Floyd Mayweather ever promoted a boxing event,” said Sonnen. “Floyd runs around with TMZ and the Money Team – you couldn’t pull into their office right now if you wanted to, because it doesn’t exist. It’s not real, any more than McGregor Sports and Entertainment is real. It’s just some names that they put on a letter and file for a tax ID number. These aren’t real things. But he needs to keep it that way.

McGregor, who recently leaked some private texts between himself and Dana White, drawing the UFC President’s ire, is going to have to start playing nice with the UFC if he really wants to fight again, says Sonnen.

“I’ve seen so many guys go head to head with Dana and thinking that they’re bigger than the organization, and these same guys – Jon Jones is going through it right now where he’s also retired and going to vacate, [or] Henry Cejudo, god bless him, whether he was trying to play chess or he really sincerely thought I want to go out on top – they were all doing it as an attempt to get over, and these guys, they’ve left the sport since. The sport goes on. Or they’ve been in the sport and they get suspended. For Jon Jones to believe he’s got a power in this industry, he’s been suspended twice and the industry moved on just fine.

“It’s just a very weird deal. It’s this very weird concept where you can lose touch. I don’t know how that happens. These are athletes that, for the most part, are just blue-collar, hard-working guys. I would also imagine that it comes from the people around them and tell him how great and valuable and important they are. It’s just one of these things.”

Uncle Chael would know. After all, he is the same guy who once told an amazing story about Jon Jones hiding under the cage in the middle of his gym to avoid drug test administrators back in the day.