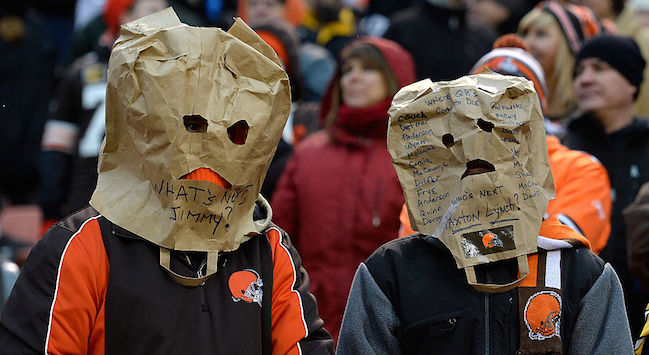 I’m sure there are people out there who get legitimately excited about training camps and preseason games, but as far as I’m concerned, there’s really only one thing that’s required viewing before the NFL year officially kicks off: Hard Knocks. HBO’s documentary series has been exploring the inner-workings of terrible teams around the league as they try to figure out how to stop being bad at football since 2001 and has brought us plenty of memorable moments over the years, like the time Antonio Cromartie tried to recall the names and ages of all of his kids.

Hard Knocks followed the Tampa Bay Buccaneers last season as they dealt with a headcase kicker ahead of what turned out to be another disappointing season, but their participation in the show means they’re exempt from appearing on it this year. However, six other teams were still in contention when the season wrapped up, and if a report by Cleveland Browns reporter Kyle Kelly is any indication, we are going to be in for a real treat this summer.

#Browns are likely going to be featured on this year’s HBO Hard Knocks series, per source. An official announcement is expected on Thursday.

This would be the first time the Browns have ever been featured on Hard Knocks and it could honestly not come at a better moment. The Browns are 1-31 over the past two years and are coming off a winless season filled with lowlights thanks to an inept front office and an impressive amount of internal squabbling— a year that can’t be summed up any better than the dumpster fire that erupted outside their stadium.

The Browns will have their chance to kick off the drama when the NFL Draft starts tomorrow night, and if early reports are any indication, Sam Darnold might get thrust into the spotlight even sooner than imagined. Shameless might have the market cornered when it comes to premium network shows about dysfunctional families, but HBO might give them a run for their money this year.