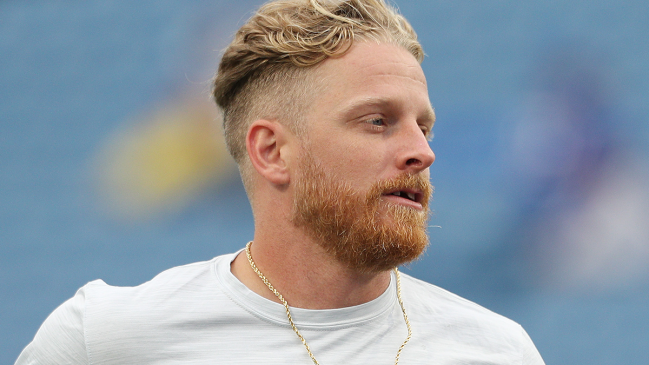 NFL fans were treated to a bit of a brouhaha when the Saints faced off against the Buccaneers on Sunday in a game where Bruce Arians may or may not have told Mike Evans to fight Marshon Lattimore after the New Orleans cornerback exchanged some words with Tom Brady in the fourth quarter.

Evans and Lattimore were both ejected from the contest, but the wide receiver was the only person to receive some supplemental discipline after he was suspended for a game over his role in the fracas (he’ll have to forfeit a $62,000 game check as a result, although it could’ve been much, much worse if he hadn’t restructured his contract in the offseason).

Tampa Bay was already facing a bit of a shortage at wide receiver before the NFL announced the punishment Evans unsuccessfully appealed, and on Tuesday, the team attempted to fill one of those voids by signing former Bills receiver to the practice squad (much to the chagrin of Julian Edelman).

It seems all but certain Beasley will suit up for the Bucs when they host Green Bay on Sunday, and it’s safe to say the wide receiver—who’s been a free agent since he was released by the Bills in March after requesting a trade—is thrilled to get the chance to play alongside Brady based on the lengths he went to in order to get his attention.

On Wednesday, Beasley praised the legendary quarterback while describing how he feels about his new situation.

#Bucs WR Cole Beasley said “I’ve been wanting to play with (Tom) Brady for a long time.” He said he slid into Brady’s DMs on Instagram. pic.twitter.com/4TRk3EnMqN

“I’ve been wanting to play with Brady for a long time, so it’s exciting for me. I’m excited for the opportunity.

I’m just ready to get back at it. It’s a humbling experience kind of waiting this long; it’s the first time I’ve never been through a [training] camp, so I’ve got a lot of catching up to do.”

Multiple reporters also say he admitted to sliding into Brady’s DMs in the hopes of getting his the QB’s attention, which seemed to pay off in the end.

Cole Beasley said he had tried to reach out to Tom Brady about coming to Tampa Bay, didn't have his phone number so was just sending him DMs on Instagram, hoping to help the Bucs as they dealt with injuries at receiver.

It’s only crazy if it doesn’t work.