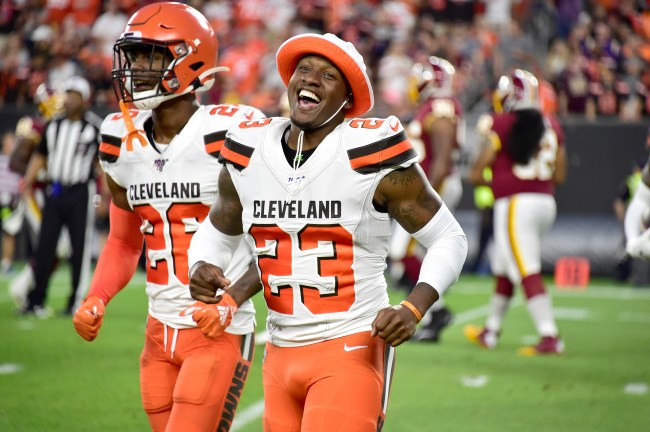 Damarious Randall sure is playing dirty these days. No, I’m not talking about on the field, but, instead, in the media, as the Cleveland Browns defensive back’s taking serious shots at both his former team, the Green Bay Packers, and the guy he was traded for, journeyman quarterback DeShone Kizer.

While Randall and Kizer were swapped for one another last offseason, it seems like the Browns player is still a little bit upset with how things went down. Sure, he’s probably happy for the opportunity in front of him — with the Browns a trendy pick to compete for a division title and, possibly, a deep playoff run — but the fact that he was traded for DeShone Kizer still seems to irk Damarious Randall.

In an in-depth piece by Bleacher Report‘s Tyler Dunne, Randall clowned both the Packers and Kizer, saying he uses the trade as motivation to both keep him humble and prove Green Bay wrong for dealing him away.

“I knew it’d go down as one of the worst trades in Green Bay Packers history,” Randall says. “Any time I want to feel like I’m on my high horse, I still look back like, Damn, they really traded me for DeShone Kizer? No offense to him, but at the end of the day—c’mon now.”

That’s a pretty solid burn by Randall, as the defender kills two birds with one stone by taking shots at the Packers and Kizer. The league might want to look at that sort of hit, because it seems vicious.

Unfortunately for Kizer, he’s getting crapped on a lot this week. After being selected by the Browns in the second-round of the 2017 NFL Draft, the journeyman signal-caller just joined his third team since entering the league, and got some serious heat from people online — myself included — for once saying that he would be better than reigning league MVP Patrick Mahomes before that same draft. Brutal.

As for Damarious Randall, he’s got a chance to prove to everyone that the Browns won the trade — which is hard to argue against now considering Kizer’s not even on the Packers anymore — while helping turnaround the long-suffering franchise in a season that’s full of high expectations.